Louisa and Crum Middle Schoolers garnering recognition on the Hardwood

Belfry, Ky — Five Middle School Boys Basketball Players from our coverage area have landed on the D&D All Mountain team including three from Louisa Middle, one from each grade. 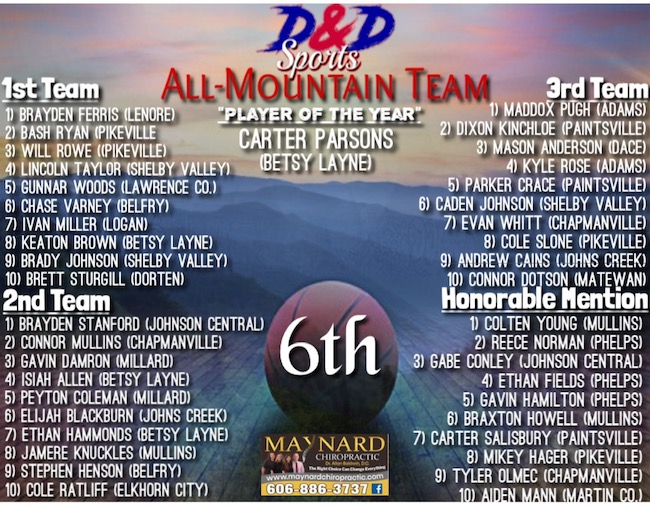 Louisa Middle 6th Grader Gunnar Woods landed on the First team after a great year for the Dawgs. He played up on the 8th grade team and was steady all season long and every level. 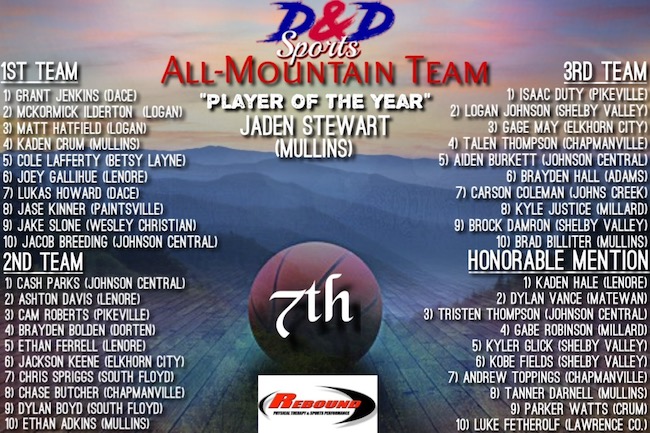 Louisa Middle 7th Grader Luke Fetherolf was named Honorable Mention and made an impact right off the bat for the Dawgs in his first season in the Red and Black.
8th Grade Team 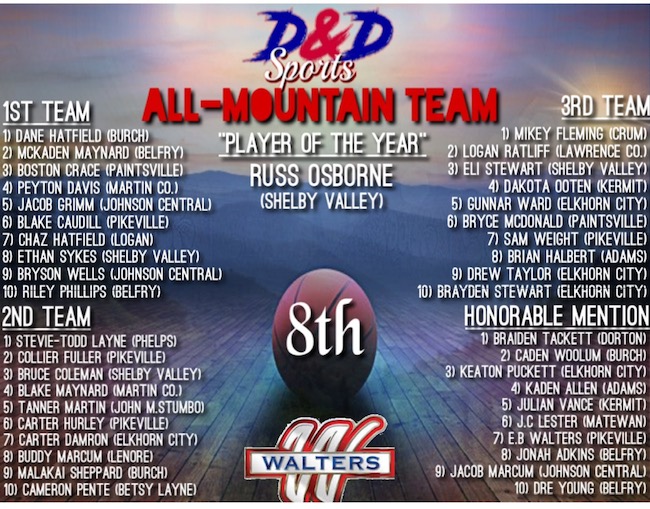 Louisa Middle 8th Grader Logan Ratliff landed on the Third team after having an outstanding season on the hardwood. He was consistent game in and game out for the Bulldogs.

Crum Middle 8th Grader Mikey Fleming was named Third team this past season for the Mountaineers after coming in from Kermit to play for his Dad Greg.

Crum Middle 7th Grader Parker Watts was named Honorable Mention this past season and has been a two year starter for the Mountaineers. Consistent shooter and ball handler for his young Crum squad.

“… It was no surprise to see these 3 athletes make D&D All-Mountain Team. They all 3 exemplify what a great teammate and student athlete should be. I know if you asked them how they were able to achieve this recognition the first people they would acknowledge would be their teammates. I couldn’t be more proud of them as their coach.”

“… Gunnar is one of the hardest workers I have ever been around. For example, this past Fall he ran Cross Country and took 6th place in the Region while also playing middle school soccer. Gunnar is also one of the most unselfish players I have coached. He can score at a high level, but what makes him such a joy to coach is he will make the right basketball play even if that includes him giving up an open shot for an even better shot.”

“… When I first met Luke and got to see him play this fall in open gyms it was obvious that he could score and shoot the basketball. But, what I am most proud about Luke’s progression this season is how he accepted our coaching staff’s challenge. Luke bought into becoming a better defender and being a vocal leader for us. I expect a big 8th grade year out of him.”

“… Logan is a special talent that can score the basketball inside or outside. He was our leader this year in 8th grade and did a little bit of everything for us. Coach Thompson and his staff at the high school will be excited to have Logan. I think he has the potential to contribute on the varsity level early in his high school career.”

BESHEAR ANNOUNCES BUSINESS RE-OPENINGS FOR MAY, PART OF JUNE