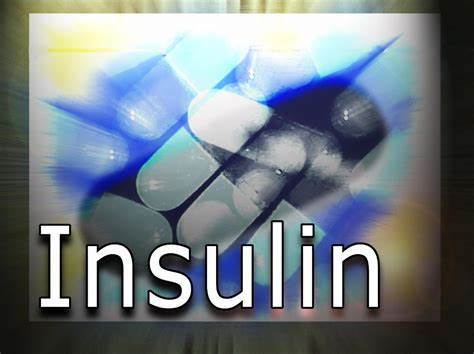 Lawmakers passed several health-related bills in last two days of session, but killed others, including one to help with insulin costs

The General Assembly passed several health-related bills in the final days of its session, but left many others hanging, including an insulin bill aimed at helping Kentuckians with diabetes pay for their life-saving medication.

House Bill 12, sponsored by Rep. Danny Bentley, R-Russell, would have required state-regulated insurance plans to cap a patient’s cost for a 30-day supply of insulin at $100 “regardless of the amount or type of insulin needed to meet the covered person’s insulin needs.” It did not include Medicaid, Medicare or self-insured government plans.

The Senate committee substitute for HB 12 would also have established an insulin assistance program. This language came March 18 from Senate Bill 23, sponsored by Sen. Phillip Wheeler, R-Pikeville. After sitting in the Rules Committee for several legislative days, it was recommitted on the last day — without explanation, as usual.

“I hate to use the word disappointing; it’s worse than that, really,” Bentley said. “I apologized to all of my representatives because I had 73 co-sponsors on that bill. And that is disheartening to me, not because of me or anything for me, but because of the 550,000 diabetics in Kentucky. And right now with people not able to work, it just made it that more important.”

He said he thought Wheeler’s addition “killed it,” largely because of the added cost that came with his assistance program, and trying to figure out who would pay for it. (He added it at a time when the covid-19 pandemic was becoming a threat to state revenues.) “It just got too complicated,” he said. “HB 12 should have come on through clean.”

Bentley said if the Senate had passed the bill with Wheeler’s addition, he was planning on asking the House to reject the changes and sending the bill to a conference committee that he thought would have removed Wheeler’s program.

Wheeler acknowledged that the funding for his program was an issue, but said the main reason the bill didn’t pass was the shortened legislative session.

“I think it just got caught up in the whirlwind of covid-19,” he said. “It just didn’t make the cut.” He said he was also disappointed. “I think it was a great bill that would have helped a lot of people, but like I said — I guess we’ll just have to try again next year.” Bentley said his bill will be a priority when the legislature returns in January.

Wheeler said the addition of his amendment was important because Bentley’s bill covered fewer than 10 percent of health plans in Kentucky and his amendment would have also helped the uninsured and those who are covered by most private-sector health plans, called ERISA plans.

“To the extent that it caused any problems for his bill, I do regret that. But honestly, I don’t know that Bentley’s bill really had any better chance of passing than mine did.”

Wheeler was serving his first full legislative session after winning a special election in March 2019. He is running for a full four-year term and will have a Democratic opponent after the June 23 primary. His district is Pike, Martin, Lawrence and Morgan counties.

Bentley, a pharmacist who was first elected in 2016, is unopposed for another two-year term from Greenup County and part of Boyd County.

Another major health bill that did not pass was aimed at improving the workforce that cares for patients with Alzheimer’s disease and dementia.

SB 136, sponsored by Sen. Robby Mills, R-Henderson, would have required home-health aides who provide care for patients with Alzheimer’s or other dementias to receive four hours of state-approved dementia-care training within the first 60 days of employment, and two hours per year after that. A committee heard that of the 75 hours it takes to become a certified nurse’s aide, only two focus on cognitive impairment.

The bill was amended with a business-oriented coronavirus relief measure in the last hours of the session, and the revised version passed out the House 86-3. The Senate did not agree to the changes; a Senate spokesman told the Lexington Herald-Leader that there were issues with the bill that the legislature did not have time to correct.

The health-related measures in the amendment would have allowed chiropractors to go back to work, and allowed certified community-health workers to bill Medicaid for their services during the state of emergency. It also included language that asked occupational licensing boards and trade associations to give Beshear a plan showing how they could safely reopen while still following health guidelines.

Another transformed measure that didn’t pass was Senate Bill 20, which was completely gutted in the House and amended to allow massage-therapy and optician boards to set their licensing fees in administrative regulations, rather than law, and designate a single credential-verification agency for all the state’s Medicaid managed-care organizations. Health-care providers have long complained about the burden of being separately credentialed by MCOs; the state has five.

Rep. Kim Moser, R-Taylor Mill, said the bill would have set a firm deadline, July 1, for the Cabinet for Health and Family Services to create a credentialing agency, and if not, responsibility would shift to the attorney general. The General Assembly passed legislation in 2018 to create such a system, but it hasn’t been implemented, she said.

Another bill related to MCOs that did not pass was SB 30, sponsored by Sen. Stephen Meredith, R-Leitchfield. It would have limited the number of MCOs to three. Meredith and others say there is no need for providers to have to deal with the administrative burdens of dealing with so many MCOs; opponents say that makes bidding more competitive.

Health bills that did pass include measures to promote organ donation, help struggling rural hospitals and Sudden Infant Death Syndrome research, boost reimbursements for ambulance services, and make it harder to get an abortion, among other things. All of these bills await action by Beshear, whose decision will be final because April 15 was the last day the legislature could meet.

Here are most of the health-related bills that passed in the final two days of the legislative session:

HB 387, sponsored by Bentley, would create a revolving loan fund for financially distressed rural hospitals. It is not funded but would allow the Cabinet for Economic Development to provide loans to struggling hospitals to maintain or upgrade their facilities; to maintain or increase staff; or to provide new health-care services. It passed with an amendment to give Beshear the authority he needs to buy protective gear for health-care workers fighting the covid-19 pandemic.

SB 237, sponsored by Sen. Max Wise, R-Campbellsville, would allow collection of tissue samples from post-mortem exams of children who have died from Sudden Infant Death Syndrome to be used for research purposes, with a parent’s permission.

SB 9, sponsored by Sen. Whitney Westerfield, R-Hopkinsville, would require health-care providers to give “medically appropriate and reasonable life-saving and life-sustaining medical care and treatment” to any infant born alive, including after a failed abortion, and would make not doing so a felony. The bill passed with language from HB 451, to expand the power of the attorney general to shut down abortion providers and keep abortion from being deemed an urgent procedure under Beshear’s emergency order. Westerfield said he expects Beshear to veto the bill.

HB 8, sponsored by Rep. Rob Rothenburger, R-Shelbyville, would boost reimbursement from Medicaid for ambulance services by setting up a trust fund to let them draw a federal match.

House Resolution 135, sponsored by Rep. Kim Moser, R-Taylor Mill, would encourage the Legislative Research Commission to establish the Kentucky Emergency Preparedness Task Force, with findings to be submitted by Dec. 1. Moser said it should look at the state’s past and current response to disasters, including covid-19, and plan for future response.

Click here for a list of some other health-related bills that have already been signed by the governor.

Posted by Melissa Patrick at 9:23 PM
Kentucky Health News is an independent news service of the Institute for Rural Journalism and Community Issues, based in the School of Journalism and Media at the University of Kentucky, with support from the Foundation for a Healthy Kentucky. If you need help doing your own stories about health issues, just ask; time and advice are our stock in trade.
ShareTweetShareSendPinShare
Next Post