GROWING UP IN LOUISA: Smoke

I had almost forgotten the almost hourly invasion that was visited upon us by the C&O Railway back in the day. It was such a routine thing that I had become immune to the heavy smoke that sent soot and cinders round about our little town nestled in the flatland next to the river. More than fifty years had passed when my family and I boarded a passenger car on the Dollywood USA train. When the engineer released the brake and pulled back on the throttle we began our trip up the side of the mountain, often with a steep drop-off on one side and the ‘cut’ wall on the other. I think it was my first whiff of heavy-laden smoke that suddenly awakened a feeling I had forgotten from long ago. From an 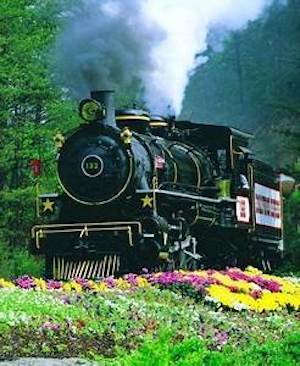 environmental point of view the acrid smoke was an assault, but it also awoke something from deep within my being that somehow brought me pleasure. It smelled of home and another time!  I found myself smiling with watering eyes filling with salty tears, as pictures of other days flashed through my mind. I saw in my mind’s eye vivid images of my little Kentucky town. This smoke had the taste and smell that followed the black iron horses that carried coal north from the mines to our south. In those days we waved it away as we sought for our breath. Like other things, we as pragmatic mountaineers accepted it without a second thought, the bad with the good.

I remember times when I was standing as much as a block away from the track, but was nonetheless enveloped in that reoccurring blanket of dense, heavy black smoke that bellowed from another steam engine passing through town. The ground shook and cinders flew so that I had to turn away and hold my breath to avoid inhaling the airborne solids embedded in the dark veil settling upon me. It was as if hot particles were striking my face like salt or pepper being shaken by giant hands, maybe to add flavor and color to life’s recipe. The tiny specks within the cloud, some still red-hot, left a sensation of burning upon my bare cheek. Even grown men standing nearby pulled their red or blue bandannas to their face in hopes it would screen out the impurities of another assault that blanketed our homes again and again from the well-traveled tracks. 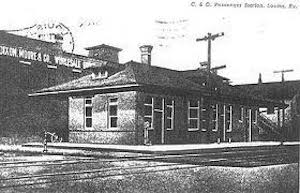 Times were different then, but man knew no better. Maybe we saw that tolerating these minor impositions were necessary to do business even if it had negative effects. Money was the motive that drove those big wheels on the tracks that literally split the town perfectly in half. We knew the smoke could not be helped, after all, because commerce must continue and the benefits of the railroad was far more important than those moments of discomfort. Those black coal cars were filled and topped out with the precious cargo for places north or east. The powerful steam engines also pulled freight trains with long expanses of box cars filled with grains, supplies, produce, and equipment. Each was marked with logos from other lines. Graffiti saying that ‘Kilroy was here,’ (a leftover from the war) all going south to supply and feed the workers and families living and working in the coal fields. The national rail system was bigger than the industries it supported. Tunnels and bridges were built, new track was laid, and men on those hand cranked rail carts looked for potential weak spots along the route, lest a rail slip and derailment follow.

Smoke from these steam-driven trains was simply a fact of life to the communities that lined the routes. That was well before the Surgeon General put the first warning on cigarette packages. In those days many men rolled their own. Some World War I veterans were still living in those early days. Some surely remembered the horrible chemical warfare used by both sides during that conflict.  The smoke from the trains was at least a necessary evil. We had not invented ‘global warming’ yet, but would likely have been in favor. After all, trains were needed to sustain life. As a result, shrugging housewives came out now and again throughout the day to sweep the porches and brush the black cinders out onto the yard. Teenagers washed their family cars lest they found themselves embarrassed when picking up the evening’s date that likely would be wearing a white cardigan and bobby socks. White-washed buildings were grey from the soot until the grime built up enough to require another scrubbing. Some kids benefitted from earning a nickel or two doing the work. 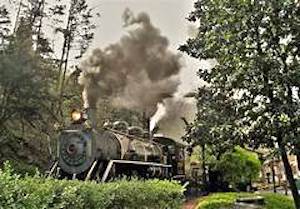 I remember sitting up on town hill watching the busy little village and seeing the trains come roaring into town from Potters, a whistle-stop just north of town limits. The black steam engine traveled through the center of town and then continued until it disappeared from view up near Wallbridge. The cloud of black smoke poured from the stack and hung heavily in the air for several minutes thus marking the trail for yet another to follow. Everyone who got caught up in the billows turned away but knew they would have to brush the grainy remnants off their clothing and take care that no embers were still alive. If left to burn out they could burn a small hole in one’s new shirt or jacket.

I will always remember the smell of that smoke. It was an acrid odor, pungent enough that I remember it even to this day so many years hence. When the odor strikes my senses, I recall at once when I awash in the cloud receiving yet another battering of my person. Like a record we played on our gramophone, or ‘hi-fi,’ memories are often tied to our senses, whether by sound or by smell. 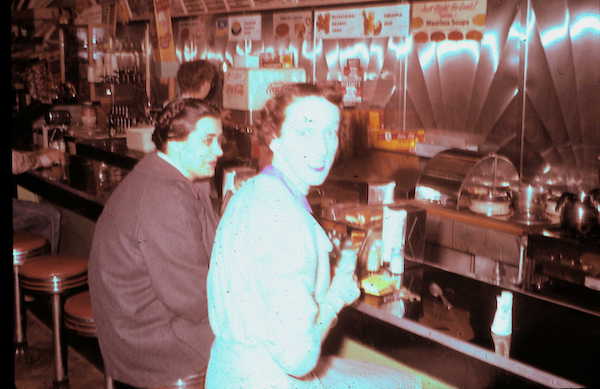 It’s funny, that when I think of the sound of the train’s bell, and the lonely peal of its steam whistle, I think of those times as being romantic, indicative of a simpler life. There’s a certain comfort in those memories. The sounds and the smell of the smoke continues to evoke memories for me that seem as real today as yesterday. As I mentioned earlier, I was surprised after boarding a narrow-gauge locomotive at Dollywood that the first whiff of the coal-fired smoke dragged me back to those earlier times of my youth. To me, it was a pleasant thing that I enjoyed as much as the ride itself. I didn’t know it, but I had missed that smell. Somehow, choking on this black curtain I loved having that experience again. The memories flooded my soul upon experiencing that smoky reminder.

4-H summer camping program suspended for 2020 due to pandemic