That’s right! History is in the making right here in our lives again. No one would have guessed that America’s churches would be shuttered on Easter! Today there will be no Easter Parade, colorful outfits, egg hunts, or big family dinners. It’s not that we’ve lost our faith, but grouping together just now can be 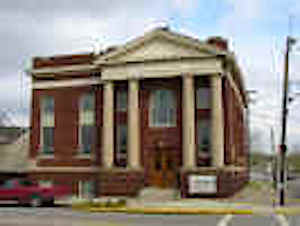 fatal to one or more of our family. We’re not dodging bullets shot by radical crazies, but rather what may, or may not be, something nature herself created in a foreign land. While not an ‘all-out’ attack on America, it is none-the-less having life-altering effects. In response, we are making changes through the use of social distancing practices that will never change back to old ways. Sometimes progress comes that way. It can be forced and often is. Ours is to make the best of the situation.

Until COVID-19 raised its head by becoming a pandemic, TV was just another invention that changed the social lives of America back when I was just a kid. Today, for many of us who are sheltering in place it is a welcome change from the presumptive prisons that are forcing us to stay away from others, even when it means working from home, cancelling schools, avoiding crowds, attending large meetings and even going to church. We use television to give us the latest on the medical and political status of the world, but it doesn’t take long before the old news becomes burdensome and oppressing. Thanks to some stations, such as Hallmark and ESPN old flicks or sporting events are replayed for our entertainment and a vital change of pace necessary in maintaining sanity. Without those electronic images, love stories, and events, life would be poor, indeed. Granted, the web helps, too, but having multiple feeds protects us from the bed sores we might have to endure were it not for wide screens and a handy remote. 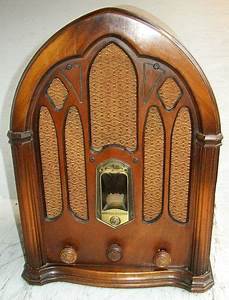 Like many codgers of that early generation, I recall a time before TV. I was maybe barely old enough to go to grade school when my classmates and teachers gathered around an old console radio for listening to our special daily programs. No doubt it entertained us between lessons, quiet time, recess, and lunch. I barely remember any of the plots, but I clearly remember the sound effects that brought my imagination to life. We could hear the doors slam, footsteps on the wooden floor, the crow of a rooster, and a car-door slamming. We cannot help but remember the squeaking door that made a spine-chilling groan or creek, as the announcer said, “The Shadow Knows!” That scared me stiff! I also remember that cold Yukon wind that whistled sending its icy fingers down my shirt. It was then that my hero, Sergeant Preston “and his faithful dog, King,” came into the frigid cabin from the blizzard roaring outside. We all knew that he always got his man. Later, at home we’d listen to the President making a fireside chat. I couldn’t wait until we heard Jack Benny and Rochester on another program. I preferred the comedies of Mr. Benny, or George Burns and Gracie Allen over a speech anytime.

About the time I was five or six, television began to slowly appear in our area. We were invited over to a friend of the family’s house to see that small, magic screen centered in a piece of furniture the sophisticated adults called a console. If we turned it on too soon, before the station was on air, all we got was a test pattern. I seem to remember two. One had a picture of Howdy Doody in the center and another had an Indian Chief. Later, it would be a colorful turkey, but let’s not get ahead of ourselves.

Both images had patterns of various kinds of stripes, rays, and circles. They looked like sunrays going from the center of the picture to the outside. It was then, just at five o’clock in the afternoon that the magic began. I heard a ‘bong-bong-bong’ as NBC came on the air. We saw a picture of the American Flag flying in the breeze so we jumped to our feet while the national anthem played. With our hands on our hearts we stood still with respect for our country. The first program I remember was the Howdy Doody Show followed by the Lone Ranger. After that the news and usually a game show or variety show came on next. 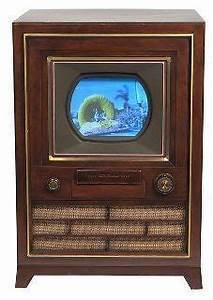 As more people got T.V.’s, the stations came on the air for longer times. So many shows built on the successes of others so that we had family viewing almost any night. It was common to spin off new programs with the successful characters from the original show. In those days the producers exercised caution to insure programing was okay for children. I remember game shows such as ‘What’s my Line?’ and ‘Truth or Consequences.’ We watched and reacted when Groucho Marx said, “Say the Secret Word and win $100.” Gary Moore and others seemed to become family friends as we got to know them. Sid Caesar, Imogene Coca, Milton Berle, Steve Allen, and Red Skelton graced our lives with laughter and we absolutely delighted in their silly antics. Still, it was years before a TV sat in our living room, but once it did our lives forever changed.

As I got to be a teen, here came baseball and football to the home-screen. That got the men all around into watching the tube. A weekly program, The Ed Sullivan Show brought us Elvis, and then the Beatles. Wow, life really picked up speed and we became ever more sophisticated. ‘The Ted Mack Amateur Hour’ presented some marvelous entertainment, but some not so marvelous. A few stars got their break performing as an amateur.

Weekdays and nights more shows were added and the menu broadened. I watched the ‘Hit Parade,’ and the adults watched early soap operas, ‘Love of Life,’ ‘As the World Turns,’ and ‘Search for Tomorrow.’ There was a tear-jerker, ‘Queen for a Day,’ and a popular dance show from Dick Clarke, ‘American Bandstand.’ On Saturdays I watched ‘Lassie,’ and ‘Sky King.’ I loved the ‘Amos and Andy Show’ and ran inside from play so not to miss that one. Some of the old radio stars like Jack Benny, George Burns and Gracie Allen, Art Linkletter, Bob Hope and Bing Crosby, were regularly showing up in this new media. Our worlds were broadened. We began to see news just after it happened and we watched movies about events from around the globe.

During my teen years new programs came on like the ‘Andy Griffith Show,’ ‘Beverly Hillbillies,’ ‘Father Knows Best,’ ‘Leave it to Beaver,’ ‘I love Lucy,’ ‘Gomer Pile,’ ‘Alfred Hitchcock Presents,’ ‘Have Gun will Travel,’ ‘Car 54 Where Are You?,’ ‘The Wonderful World of Disney,’ ‘Bat Masterson,’ ‘The Honeymooners,’ ‘Science Fiction Theatre,’ ‘The Thin Man,’ ‘This is your Life,’ ‘The Twilight Zone,’ ‘Adventures of Ozzie and Harriet,’ ‘77 Sunset Strip,’ ‘Superman,’ ‘Gunsmoke,’ ‘Hawaiian Eye,’ ‘Dragnet’ ‘The Real McCoys,’ ‘Bachelor Father,’ and ‘Boston Blackie.’

It was a time when we could finally watch baseball greats. We were the first generation to see these stars close up, live, and speaking and playing in real games. We saw Mickey Mantle, Ted Williams, Stan the Man Musial, Yogi Berra, Al Kaline (He passed at 85 just this week), Jackie Robinson, and many others. We kept up with football heroes like Vince Lombardi, Jimmy Brown, Johnny Unitas, and saw some of the most historic games ever played.

We watched the Olympics for the first time and got our first visual exposure to sports outside of the big three, baseball, football and basketball. Then, as if by magic, we were at Time Square when the big ball dropped on New Year’s Eve. We watched the first television debate by presidential candidates, and later saw pictures of man stepping on the moon. We watched the Presidents being sworn into office, and saw the casket of President Kennedy carried up Pennsylvania Avenue to lie in state at the capital. We watched the accused perpetrator being shot to death in a Texas basement.

Later we saw a spacecraft explode in front of our eyes that took a crew into history. We saw Billy Graham, watched the kitchen debate between Vice-President Nixon and Soviet Premiere Nikita Khrushchev. We then watched Khrushchev visit Disneyland and then go to the United Nations to take his shoe off and to declare that he would bury us from within. He said we would die from the inside as socialism grew. I’m still looking over my shoulder with that threat and have some grounds to be concerned as the seeds of entitlement grow and people put their trust more in the federal government. 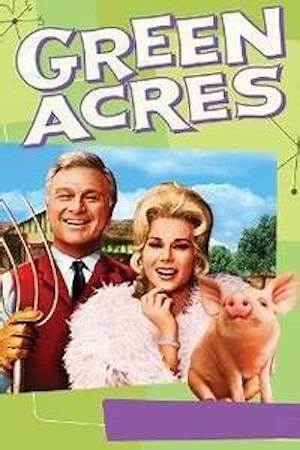 In time television broadcasts improved. For us, innocent audiences that we were, it seemed as if we were there. It took a decade or two before we began to become more sophisticated and the programs were less naïve. Live TV became rarer as the programs were recorded, edited, and played for later viewing. This made the programs more professional, if less spontaneous. Except for a few like Carol Burnett with her hilarious crew, the laughs were dubbed and applause was solicited by the studio monitors. The best shows were still those doing dumb skits and messing them up. Lucille Ball and Dick Van Dyke were funny.

At the end of the shows we knew we had been treated to something special. We were entertained. Our sides hurt from all the laughing. On the streets the next morning I’d hear people greet each other with, “Did you see that show the other night?” If you hadn’t you would soon come to regret the missed opportunity. Over and over again they gave us detailed descriptions of what happened. In those days live shows were rarely taped. Therefore, we didn’t see many ‘re-runs,’ so missing a live show was really missing the show.

It was years before we had a color TV and it is only recently that I have purchased a digital High Definition, flat-screen special. Black Friday made it happen. Wasn’t my fault. Now we watch wars as they happen and see sights we sometimes wish we hadn’t. To top that off, we now hold what are essentially little TV’s in our hand and surf the web at the same time. Who needs encyclopedias, road maps, or rooms full of books?

We’d do well to remember that with knowledge comes a certain loss of innocence. With that comes a giving up of peace and the abounding of new stresses. With the loss of innocence we are no longer who we were. What we gain in sophistication means a loss of our innocence. Those early innocent days are worth remembering, for sure.

These day, too, will be remembered when restaurants and museums closed. Parks shut down and churches move toward virtual services. Weddings are called off and perhaps even funerals, all because of a virus. Staying away from friends and family and even work has hurt many in many different ways. Some have lost their jobs or income while others such as those in the medical field have worked tirelessly behind the scenes, often at great personal risk.

Whether terrorism, sickness, the economy, or whatever, our people are of a tough breed and never fail to rise up to help each other. Whether it is dodging bullets or a microscopic organism, our determination as a people will win out. We will return to our churches and new Easter dresses are still in the future for the faithful. Oh, but it helps if someone would please turn on the TV.