WHAT’S GOING ON IN 24TH JUDICIAL DISTRICT? VIRUS GOT IT DOWN…

Our local contributors who cover meetings, court proceedings and sports have been having a unique experience trying to find news with the coronavirus shutdown going on. But the questions don’t stop and many of the ones we’ve heard concern the criminal justice system.

Where are the prisoners, how many did they let go? Can they still arrest criminals? We’ve heard them all so we decided to go to the top of the system and see.

…the state of our 24th district judicial system under virus

“…As far as the court system goes I can answer for my office directly and what I have observed.  Right now Court is still going on, people are still being arrested, violating bonds, violating probation and all of those things that need to still be addressed.

The clerks, pre-trial service workers, probation and parole, and other judicial staff are still at work.   In my office we have went to a rotating staff position to keep no more than two workers in office at a time (with me to make three).  The attorneys do a substantial amount of work from home during their rotate off day.  My victim advocate and special victims prosecutor are working completely from home, as their job is much more file review and consultation and quite frankly that is better done without risking exposure (both could be considered high risk and both are part time).  If I could let my detective and paralegal do more work from home I would, but unfortunately they have to be in the office to do their job.   I am personally handling all  in person public interactions to minimize the risk to my staff (hey i’m right on the line of high risk, but i’m in good shape for a 50 year old).  Our office is still open to the public, you just can’t walk in without an appointment.

Court is being creative in that we are allowing people to video conference in now to be present, pursuant to supreme court order.   Under the newest order that may be the only way we can do it.  So we are trying to expand the technological capabilities of the court system to keep it moving.  We are exploring options on the Grand Juries, some jurisdictions are doing them by video but I don’t think we will have the ability to do that here.  Supreme court rules allow us to extend serious cases out past the 60 day rule now.

As of today 154 people are incarcerated at the Big Sandy Regional Detention Center.  This is probably the first time in my career the jail has actually been at the proper capacity.  So yes those people that are non-violent, or low and/or medium risk offenders, are being given another chance to comply with bond conditions.  If they don’t they are going back into jail.  I have also noticed that arrests are down substantially right now as most people are holed up at the house and not out where they can get into trouble.

Our Drug Court is still meeting, by email, and supervising our clients.

The state of emergency appears to have just been extended to May 1st.  I have attached the most recent ORDER. Hope this answers some of your questions.  These are difficult times, but I think we are doing very well as a circuit.

“…As far as the county attorneys office we are open on a limited basis.  I have separated staff and made in person meetings available by appointment.  We have a physical barrier between staff and the public. We no longer take in walk ins.

Court is scheduled on a limited basis and per order of Chief Justice Minton only emergency type cases, ie EPO/DVO, Juvenile Detention, and preliminary hearings are being held.  All other hearings are done telephonically.  Staff continues to work from home on cases.

The Fiscal Court will be doing a dry run of a Zoom meeting today at 2pm and we are hopeful that we can work out all the kinks prior to the next fiscal court meeting.  If Judge Carter decides to do by the Zoom app we will contact media well in advance to facilitate the viewing by the general public and media.” 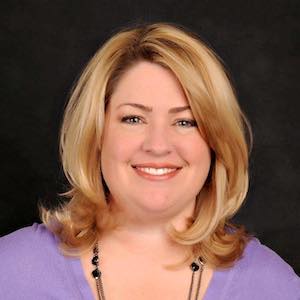 “…We just got a new order from the Chief Justice today with new rules of operations.

Our previous order instructed us to work on a rotating staff situation.  This is to hopefully help keep at least half of our staff working if someone on the other team gets the virus.

We are still meeting the needs of the public but as of April 1 we are limiting foot traffic into the building for emergency situations only We are helping people by phone and also by using the drive-thru, which is located in the rear of the judicial building for filing of court documents.

The Governor previously shut down the issuance of driver’s licensing until further notice, which has helped to limit foot traffic as well.   Drive.ky.gov gives information on how he has also extended the expiration dates of drivers who will expire during the down time.”