GROWING UP IN LOUISA: Board Games

I wasn’t very old when I saw my first game of checkers being played by some men that were truly into the game. It was at a local barber shop and the two gentlemen were laughing one minute and ready to fight the next. Wow! It became obvious to me that they weren’t there to get a haircut or shave, but to hang out and put their time to good use by trying to beat the other with their skills 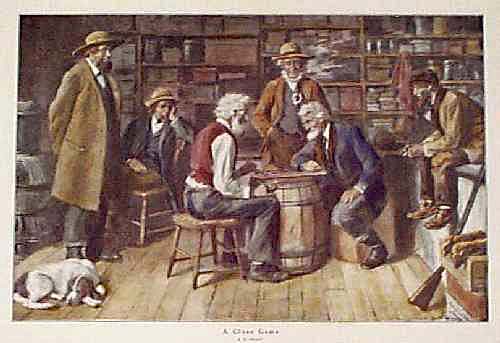 and cunning understanding. I stood by with my hands in my pockets, but was careful not to get too close. Besides, I was there to have my ‘ears lowered’ with a brand new ‘flattop’ or ‘butch’ haircut. I watched a few of the games and one of the older men was kind enough to teach me some of the rudiments. Over the years it seemed to me that they held championship matches as a daily event.

There were other checker games going on at other barber shops around town. They also played on various benches in front of the courthouse. Games went on in Doc Skagg’s drugstore, too, but it was a little different crowd there. The men played, chewed tobacco, spit, and sometimes cussed if there were no women around. Come to think of it, women didn’t seem to be around those places unless it couldn’t be helped. It was then that I began to see a difference in how men acted when they were alone, and when women or tender children were nearby. This helped teach me how I should behave, especially around mixed company. As for the game of checkers, I was never good enough to think more than eight or ten moves ahead, so knew I wasn’t going to be all that good. I won my share, but I’d never be in a championship game. 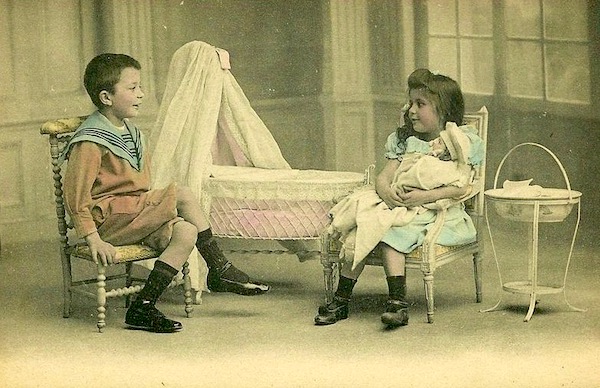 I think I was around twelve years old when someone gave me a chess set. I thought the little figures were cute, but I had no idea of the rules. Today, we can simply Google and learn more in a few minutes than I ever learned about the game. It wasn’t until later that I discovered an instruction booklet had been tucked under the board. That taught me how to set the board up with the players in the right positions. Then I got to looking at each and reading how each had to move on the board. I studied and studied and felt I was ready for a match, but there was no one who could play against me. RATS!

I was left to teach my cousin George how to play, but he had an attitude that he already knew everything, so it was uphill for a while. Finally, he was not only playing but beating me. This forced me into looking for new victims. Luckily, I discovered a few around the neighborhood that could play a little. As with all games, whether baseball, track, golf, football, or whatever, you are only as good as your competition. It is very hard to polish your skills if fair was ‘good enough.’ I read about some famous chess moves and learned to use entrapment methods to win games within just a few early plays. In the end, all that did was make the game more unpopular with my opponents. I finally became bored with chess and pretty subsequently stopped playing. The rejection didn’t feel good, so maybe, I thought, to change my focus to having fun instead of winning. I found it was fun to watch my friends when they won. It made them happy, and that gave me a warm feeling. 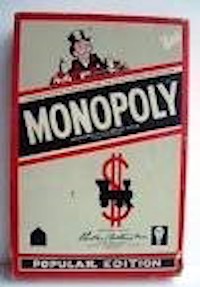 There was solitaire and puzzles but playing with others was where I saw the real fun. Not always winning, but having that companionship and the bonding with others became my new focus. Winning was an over-estimated value. I figured out that in life we bond quicker with those whom we share a common experience. These kinds of friends remain friends forever.

As I got older, I played the usual ‘choose-up’ games of tag, dodge-ball, softball and baseball, football, and basketball. On those days that weather, or a minor illness forced us to do something less vigorous, many of us turned to board games. Of course, the single most popular one was Monopoly. We played that for hours and in spite of the hidden messages of how to handle investments, we enjoyed the calamities as much as our victories. Our very conversations were full of clichés learned from Monopoly. Even today I’m apt to tell someone to ‘pass go and NOT to collect $200.’ I’m reminded every time I get a tax bill, or need to donate to Community Chest, that the game imitates life.

I think it was during my mid-to-late teens that I began to work on my pool game. It was great to hang out with the guys, smoke cigarettes, tell jokes and shoot pool way into the night. The problem was that it was about this time that I was having more interest in being around girls. I had to face it, girls just simply didn’t hang out at the pool hall. That was, of course, a good thing because we’d have to clean up the language and stop spitting on the floor. Why, we’d even have to stop smoking and telling off color jokes. It was possible the ladies wouldn’t understand all that rough talk, but it was nonetheless insulting to them, even if maybe they didn’t understand. Well, I was pretty naïve in those day and doubted girls ever had a bad thought. I was gradually dragged out of that mindset as I began to know them better. My dear great-aunt told me once that every girl was a lady until she proves otherwise. As I grew older I came across a few who proved otherwise. Suffering along with my disillusionment I saw that they were people, too. It didn’t matter because by that time I was hooked on girls anyway. I still think they are a bit of a mystery. Usually they remain clearly sweeter than us guys, a few notwithstanding. 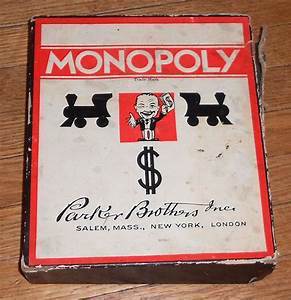 Whether it’s Chinese checkers, Tic TAC Toe, hangman, jacks or hopscotch, games were a big part of our lives back then. There were pinball machines and other electronic games at restaurants like the ‘flattop Inn,’ or other spots around town. Some boys threw jack-knives or played marbles. The girls played with paper dolls or baked cookies in their little toy kitchens. We all played in the sand, whether a real, official sand box, or a dusty place in the yard, but we played. We romped all around, usually hollering, until we couldn’t play anymore. Life was good. I never admitted it, but sleep was sweet after a hard day of play.

We didn’t know much about the real stuff going on in the world. We left that to the grownups. It was their job to pay the bills, prepare the meals, buy new clothing when it was needed, and to keep the house in good order. No one told us rumors that a certain marriage was in trouble, or that someone we knew was deathly ill. We had no idea all those things were real that we learned while playing Monopoly.  We might have heard of someone losing a job, or being transferred, or losing a grandparent, but it wasn’t life jarring unless we personally knew the person. Still, it became apparent soon enough that life has its hard times. Life isn’t a fairy tale and wasn’t always about ‘happy ever after.’

We heard some stories about ‘poor children,’ that needed help. This was especially true around Christmas, when we chipped in our dimes and pennies to make life a little better for someone. We were uplifted by the stories of kindness and thoughtfulness. We learned that there can be a ‘dark side’ of life, but like the folk song, we preferred to ‘Keep on the Sunny side.’ It was better to think positively, and to try and give hope to those around us.

Whether bonding through playing games, or just keeping a positive outlook, I still see kids doing the same things, but with new tools. A smartphone gives them access to far greater opportunities for good as they communicate constantly with each other. They can play electronic games and network with large groups of their peers. They can share a moment yet not be together. They can see an event from the safety of the home. They can also be lured into the ‘poolrooms’ of life where they should not tread. Yet, many will explore the forbidden at their own peril. Lucky ones will recover, but some will find it costly when true joy is sucked out of their young lives.

Growing up back then life was simpler. There were risks, but not like today. We could still play too close to the tracks or highway and we could cross the wrong pasture in sight of a mean bull. We could tempt fate with secret behaviors and we could try the things parents told us to avoid. We could smoke ‘life everlasting,’ or try a chaw of tobacco. We were somewhat innocence because much of life was still a mystery to us. The web, social media, and even the conversations of today take that mystery away and replace it with temptation. Who can stand such an assault? So be in prayer, my friends, and be positive. And when you have a chance, teach a kid to play checkers.

GOVERNOR ASKS THAT SCHOOLS BE CLOSED UNTIL APRIL 20; MAKES NEW REQUESTS ON TAXES