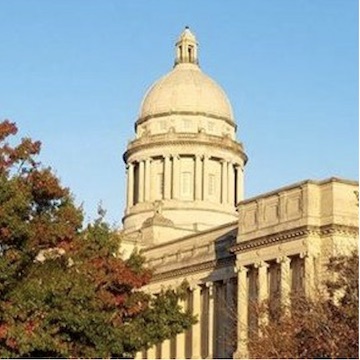 FRANKFORT — Thirteen days passed between the time that the Kentucky House of Representatives approved a proposed state budget on March 6 and the day the state Senate passed its preferred version of the spending plan this week.

No one knew how much our lives would change in such a small span of time.

The number of positive COVID-19 cases in the state grew from 1 to 47 and claimed the lives of two Kentuckians. “Social distancing,” became part of our lexicon. To prevent the spread of the virus, schools closed, along with theaters and gyms. Restaurants stopped serving all but carry out. Nursing homes and prisons stopped allowing visitors.  Visitors were restricted from the Capitol Campus. Universities sent students home. The stock market plummeted.

Against this backdrop, the Senate passed its version of the budget on Thursday on a 24-7 vote. Soon after, the Kentucky General Assembly began a break in this year’s legislative session, prompted by COVID-19 concerns. Lawmakers are expected to return to the Capitol on March 26. In the days to come, lawmakers will work toward ironing out differences between the Senate and House versions of the state budget so that an agreed-upon plan that can be sent to the governor before the session ends.

The Senate budget proposes raising the state’s per-pupil funding to $4,161 in each of the next two fiscal years, with a portion of that money earmarked for textbooks and other instructional materials and another portion held in reserve until revenue estimates have been reached.

The legislation would allow a school district without a nontraditional instructional plan to submit such a plan for the state’s approval. The bill also contains other emergency relief measures for school districts, such as allowing schools to continue to offer free lunches to students who need them.

Senate Bill 177 has been approved by both the House and Senate. It now goes the governor to be signed into law.

In an effort to wrap up the 2020 legislative session in as few days as possible, legislative leaders announced on Thursday that they would not convene on all the days allowed by the state constitution between now and April 15. Instead, they will convene on March 26 and April 1 before starting a veto recess that will last until the session’s final days on April 14 and 15.

You can offer feedback to lawmakers on the issues under consideration by calling the General Assembly’s toll-free message line at 1-800-372-7181.

GROWING UP IN LOUISA: Board Games