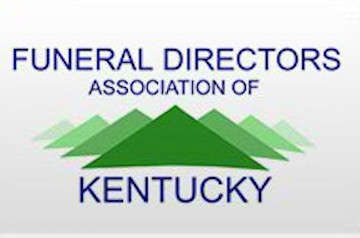 Kentucky funeral homes are staying open during the coronavirus pandemic, but the way business is done must change, says the president of the Funeral Directors Association of Kentucky.

Following a federal government recommendation on Monday that people should not gather in groups of more than 10, Gov. Andy Beshear said Tuesday that viewings and funerals should include only immediate family with a larger memorial service delayed until after the coronavirus has passed.

“Even though a funeral is something that everybody wants to go to, we’re just at a place right now where that can’t be the case,” Beshear said.

The Funeral Directors Association of Kentucky agreed with the governor and is asking its members to follow his recommendation.

It is another in a long list of difficult decisions for Beshear, who said he understood it will be tough on families who have lost loved ones but it’s being done to protect the citizens of Kentucky.

The goal, he said, is to minimize in-person interaction, which is the primary means of transmission of COVID-19. Twelve new positive tests were discovered Wednesday, bringing the total to 47 in Kentucky with two deaths. Officials expect the cases to keep rising, but are confident it can be slowed if the public stays in their homes and doesn’t gather in larger crowds.

In a letter to members of the funeral association, President Rob Riley said he expects the governor would take further action and possibly close Kentucky funeral homes to visitations and funerals if the requirement is not followed.

”For those out there trying to find an exception, if you’re not truly engaging in social distancing, if you are not taking those steps, it will take further action,” Beshear said. “Not that we want to take it, but we have to protect everybody. It’s all our duties. Look for ways to be a part of the solution as opposed to being an exception to what we’re putting out there.”

The interpretation of immediate family would be those listed in the obituary. Funeral home directors need to proactively communicate with grieving families in determining the number allowed to come and to use proper social distancing during ceremonies. It won’t be an easy job to deal with families who are already in a delicate state with the loss of a loved one.

Funeral home crowds are usually older and that’s a concern because the U.S. Centers for Disease Control and Prevention has recommended people older than 60 avoid all crowds and stay home whenever possible.