Pikeville, Ky — Lawrence Co. and Martin Co. played an unbelievable Region Championship game Monday with the Cardinals coming out on top and both teams were rewarded with eight members on the All Tournament team including MC Junior Brady Dingess garnering MVP honors.

The Bulldogs finished with a 22-12 record and put three on the All Tournament team with Senior Tyler Maynard along with Sophomores Cody Maynard and Trenton Adkins. 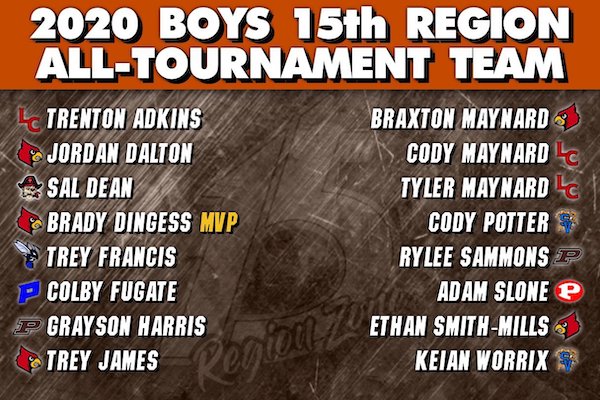 The 22-12 Champion Cardinals ended up with five on the All Tournament team with Seniors Braxton Maynard and Ethan Smith-Mills along with Juniors Jordan Dalton and Wake Forrest Commit Trey James and MVP Brady Dingess who is only a Sophomore. MC was supposed to play next Thursday at 1:30 but the State Tournament was postponed for now. 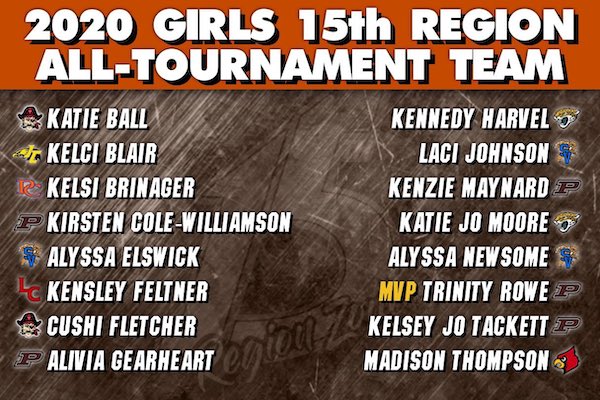 On the Girls side the Lady Bulldogs and Lady Cardinals both won District titles then fell in the first round of the 15th Region Tournament placed one apiece on the All Tourney team.

Senior Madison Thompson from Martin Co. who finished 21-11 after winning the 57th District.

Freshman Kensley Feltner from Lawrence Co. who finished 19-14 after winning the 58th District for the first time in school history.

State’s first death related to COVID-19 announced; restaurants and bars to be closed for in-house service