CITY AGREES TO RESOURCE OFFICER IN ONE SCHOOL

THE ENTIRE CITY COUNCIL MEETING CAN BE VIEWED HERE. 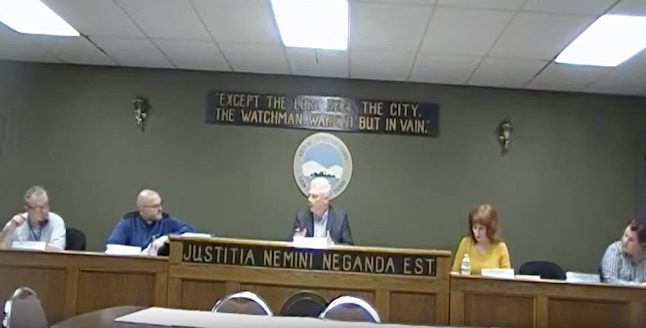 On Tuesday evening March 10, at 7:00 P.M. the city meeting was commenced. Council members Mitch Castle and Tom Parsons were not present (Mr. Parsons did not attend due to having back surgery last week as well as still recovering from a recent knee surgery).

The statements made by Louisa City Mayor Harold Slone and business and votes were the following:

After going into executive session, in regards to litigation involving the city,(a session that went unusually longer than normal, lasting over 15 minutes),; the mayor and council members returned, with Mayor Slone stating no action was taken.

Mayor Slone then called for the vote to adjourn the council meeting, which was agreed at 7:45 P.M.