Martin Co. looking for first Region title since 1983 after beating Pikeville in the semis

CARDINALS OUTLAST PIKEVILLE IN OT TO PUNCH TICKET FOR FINALS

Brady Dingess tied the score at 60 apiece with 13 seconds left on a free throw and then picked up a steal and went coast to coast for the three point play with 4 seconds left to send Martin Co. into the 15th Region Championship game.

The Cards led 44-36 with just over two minutes left before Pikeville rallied to send the game into overtime tied at 50.

Pikeville hit 6 of 18 from the three point line and 9 of 13 from the free throw line.

Martin Co. will play Monday night at 7:00 against Lawrence Co. for a chance to play in Rupp Arena. The Cards swept the Dawgs in the regular season. 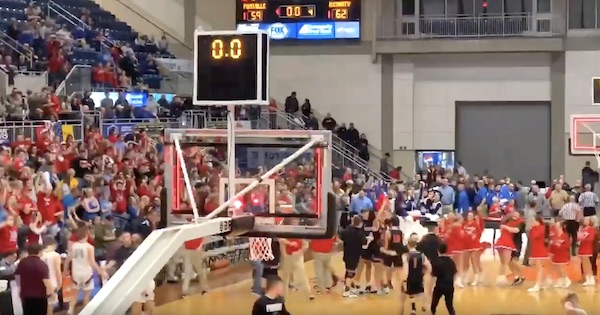