The Journey to Finding Love 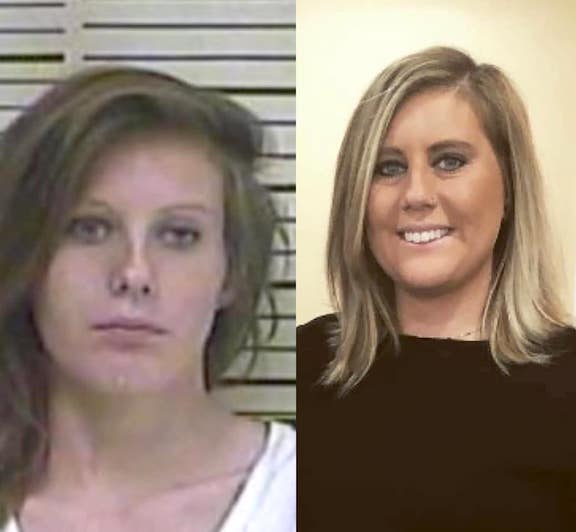 Kristin Boggs had a great childhood. Her mother and stepfather were exceptional parents. Kristin’s grandfather was also a father figure. Kristin was naive and never knew that her grandpa was an alcoholic. Although, looking back, she does recall times of seeing him stumble around and sleeping a lot. When Kristin was 13-years old, her family’s life turned completely upside down when her grandpa passed away from cirrhosis of the liver. After he passed, her mother shutdown and became emotionally unavailable. There were many days that Kristin’s mom would lock herself in the room and never come out. The capable parental influence that was once there, suddenly, seemed to disappear.

It wasn’t long after her grandpa’s death that Kristin was introduced to marijuana and alcohol.

“These substances made me feel amazing, and all I wanted to do was feel that way”, said Kristin.

For the next three years, Kristin was consuming these substances as much as possible. When she turned 16-years-old, she was introduced to oxycodone. Most people don’t begin to use needles until further in addiction, but it was at age 16 when she started injecting oxycodone. She was a sophomore in high school, where using these pills was as common as drinking soda among many students.

It didn’t take long for her to crave those pills every day and crave the feeling that it would give her.

“They made me feel as if I was on top of the world and that my life was whole. Looking back, I realize that during this time, my solution was the problem and that the wholeness I felt was actually my insanity”. Kristin explained.

Using oxycodone every day will cause someone to become physically and psychologically dependent on them. Kristin was exactly that by age 18- hooked. She barely graduated high school and moved out of her parents’ house because she thought she had all the answers. This lifestyle led her to pain and misery. It was during this time that she was introduced to a drug called methamphetamine.

This drug took her to a new low. It was the most addicting drug she had ever taken.

Kristin said, “I became a meth monster, but thought that nothing was wrong with me.”

It wasn’t long after Kristin started using meth every day that she had her first encounter with the law. That encounter started a domino effect of several future arrests. One after another, over the next four years, she was in and out of jail. She was hopeless.

Kristin said, “I would tell myself that this was the hand I was dealt and that I was born to be this way.”

During these years, Kristin was in a relationship with a guy named Michael. They were living this lifestyle together, and he was a mess just like her. In 2015 they were living together where they were manufacturing their methamphetamine. The domino effect caught up again when the local police department busted in their home. She wasn’t aware of the severity of her charges until the next day when she stood before the judge and he charged her with a Class-B felony for manufacturing methamphetamine.

Kristin spent some time in jail but caught a break when she was sentenced to drug court. If she didn’t complete the court-ordered treatment, she would be facing fifteen years in jail. Michael got the same deal.  What should have been a wake-up call for Kristin turned into her using Neurontin and Kratom, staying high all the time. One day when she showed up to drug court, ten months in, and she was terminated from the program and was sent directly to jail. Every chance she could get, she would plead with the judge to send her to residential treatment. After about 100 days in prison, the court order came through, and Kristin was to spend the next 12 months in residential treatment.

On February 17, 2017, Kristin entered Karen’s Place in Louisa, KY. She had a strong guard up when she walked in, but it was there that for the first time in a long time, she experienced an immense amount of love and kindness. She was introduced to people who were once like her, broken and unmanageable, but now living an abundant life full of purpose and meaning. It wasn’t long before that guard that she had up came down.

A few weeks went by when Kristin for the first time in her life, experienced the greatest love when she accepted Christ into her life. Kristin said, “That day I received the priceless gift of salvation, a gift that I did not deserve or earn.”

Kristin’s boyfriend Michael had messed up his chance in drug court as well but was given another chance like Kristin to go to a long-term treatment facility. They both took the time to work on themselves before they even thought about getting back together. Kristin remembers seeing him from a distance at church, where both of their treatment houses would attend and seeing Michael weep tears of joy for Christ. They eventually got back together and committed to putting God first in all that they do.

As Kristin had been given this new gift of recovery, God saw fit that she and Michael should receive the gift of a child and become parents. They had a son and named him Titus Clayton Bradley.

Kristin says, “Today, my life is the sweetest it has ever been. My family has been restored from addiction. No substance can ever fill what God has placed inside me. My son will never have to see the person his mother used to be. Michael and I are able to show him love because we have found love.”

Today, Kristin is a Community Liaison for Addiction Recovery Care, where she is saving lives in the very courtroom that she was charged in.