Rebels close out the regular season and turn their attention to Postseason play this weekend, Muncy breaks record

Olive Hill, Ky — Tolsia Sophomore Jesse Muncy hit 10 three pointers, the most in school history and scored 47 points but it wasn’t enough as the Rebels ( 11-11 ) finished out regular season play with a 97-75 loss to West Carter ( 15-12 ) Friday night at Harold Holbrook Gymnasium.

Muncy who went 10 of 21 from behind the arc broke Davey Fields school record in which he had held since 2004 with 9 made three pointers. Fields was in attendance Friday night to see his record fall. See Photo

The Comets jumped out to a 12 point lead after one quarter and that ballooned to 19 points at the half 47-28.

The Rebels came out the locker room fired up and went on a 14-2 burst to make it 49-42 midway through the third period forcing West Carter into two timeouts during the span.

The Rebels hit 11 three pointers and went 20 of 26 from the foul line.

The Comets hit 3 three pointers and went 16 of 23 from the foul line. 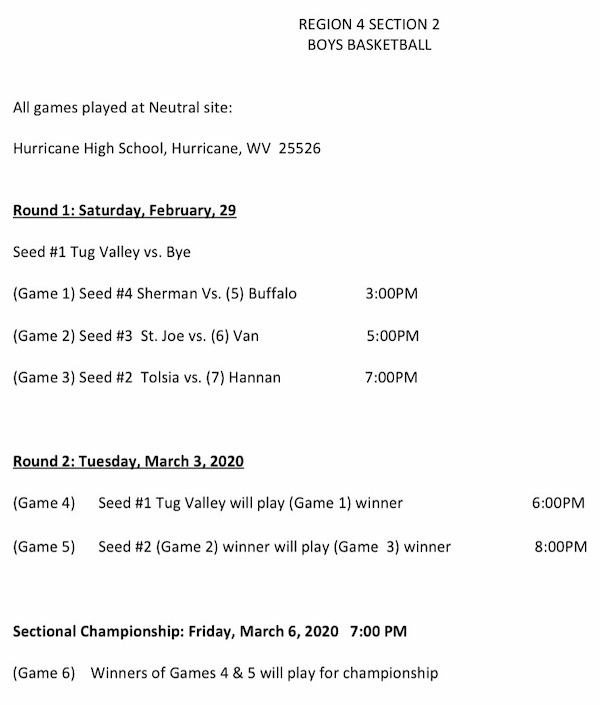 Tolsia will open up Region 4 Section 2 Postseason play on Saturday at Hurricane High School as the #2 seed and will play #7 seed Hannan ( 2-16 ) at 7:00 in the final game of the first round.

All games at Hurricane High School.

“… Tough stretch for us losing three out of four games. Battling injuries all year and lost another one against East Hardy and then Tyler Johnson doesn’t play much against Man.”

“… West Carter and Man are both really good but hopefully playing them will prepare us for the tournament coming up this weekend. We had a hard time with both of those teams because of their size. I feel confident in saying either one could win our section and make a run at a state title in Class A.”

“… Everybody is 0-0 now and has a clean slate. We got the #2 seed in our section which I thought was about right. We play Hannan on Saturday and they have some talent and some size as well. Good thing is we just seen them so they are fresh in our minds. Even though they are the seven seed we won’t over look any team. It’s win or get ready for baseball from now on.”