Louisa, Ky — Baden Gillispie scored a career high 25 points for Lawrence Co. ( 18-11) but it wasn’t enough as the Bulldogs closed out the regular season with a 84-68 loss against Johnson Central ( 17-11 ) Friday night at Home.

The Dawgs hit 8 three pointers and went 8 of 14 from the charity stripe.

The Golden Eagles hit 10 three pointers and went 4 of 5 from the charity stripe. 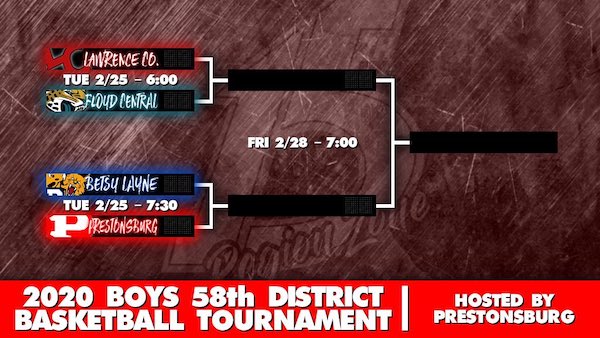 The Dawgs will open up postseason play as the #1 seed on Tuesday at 6:00 vs #4 Floyd Central ( 7-21 ) in the 58th District Tournament at Prestonsburg. The Dawgs beat the Jaguars three times in the regular season 76-54 at Belfry in the Class 2A Section Tournament, 78-76 in OT in Louisa and 81-61 in Langley.

The Championship game will be play Friday at 7:00 in Prestonsburg. 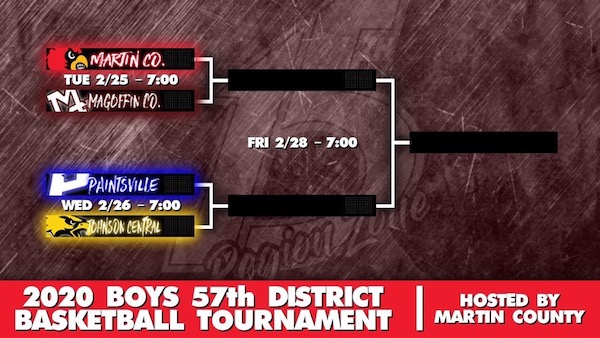 Johnson Central will play rival Paintsville on Wednesday at 7:00 at Martin Co. in the first round of the 57th District tournament.

“… I was proud of the way our kids stepped up and battled last night not having Tyler in the lineup. It would’ve been easy for our guys to make excuses but I felt like they accepted the challenge and battled and competed well. That’s encouraging to see at this point in the year!”

“… We are looking forward to the District tournament and hope to have everyone at Prestonsburg for support!”

“… It has been a really fun regular season with a great group of guys. I have been blessed to coach each and everyone of them this year. Our goal is to stretch this postseason out as long as we can, and we need everyone’s continued support in doing that!”