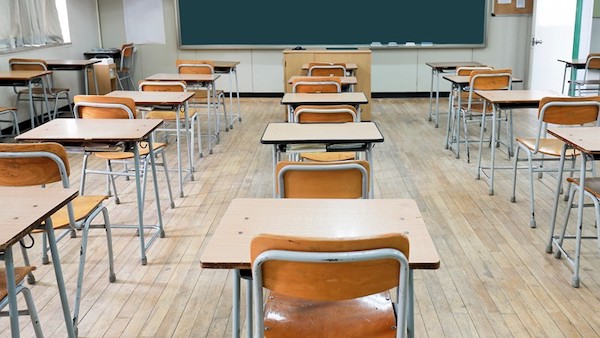 Governor to include concerned voices in developing curriculum to train officers

“As a parent and as your governor, I want Kentuckians to know that I see the safety of our families and children as my top responsibility,” Gov. Beshear said. “I am taking the steps to protect our children in schools – to ensure that the next time an armed individual enters a Kentucky school, there is a sworn law enforcement officer there, armed and well-trained. We’re going to give them the tools they need to stop the worst of the worst.”

The bill, which received bipartisan support among state lawmakers, passing the Senate 34-1 and the House 78-8, requires the sworn law enforcement officers already serving in Kentucky schools, in accordance with the passage of SB 1 in 2019, to be armed and requires standards for security and training.

“We cannot ask a school resource officer to be in a school to stop an armed shooter if they are not armed themselves,” Gov. Beshear said at the Capitol. “But we understand that there are some children in our schools that don’t feel safe because of the presence of an armed officer. And that is something we must address.”

Gov. Beshear and top administration officials have met with those concerned about the bill and have vowed to continue listening to those concerns as the curriculum for the training for these officers is developed.

“As a parent of a 9- and 10-year-old, I understand the wrenching anxiety parents feel when it comes to our children’s safety and the responsibility we have is heavy,” said Gov. Beshear. “Every day, when we as parents or guardians buckle children into a vehicle and send them to school, we are taking responsibility. Now these officers will be there. And we know, especially in our rural communities, that law enforcement cannot always be just down the street or around the block. Help is sometimes further away and our children and educators cannot wait.”

Gov. Beshear, pointing to our current reality, listed the tragedies and events in Kentucky schools alone.

Last year, state lawmakers, in the wake of the Marshall County shooting, passed the School Safety and Resiliency Act – Senate Bill 1 – which provided standards for schools that would help improve the physical and mental health and safety of students. 2019’s SB 1 mandated that school resource officers be in schools.

Last month, Gov. Beshear proposed $18.2 million to fund the physical plant mandate portion of the bill, which is every dollar the Kentucky School Board Association said was needed for statewide school security upgrades. The proposal is a first important step in fully funding the improvements needed in our public schools and making many of our schools hard targets.

Gov. Beshear said he remains committed to always trying to do what is right for Kentucky families.