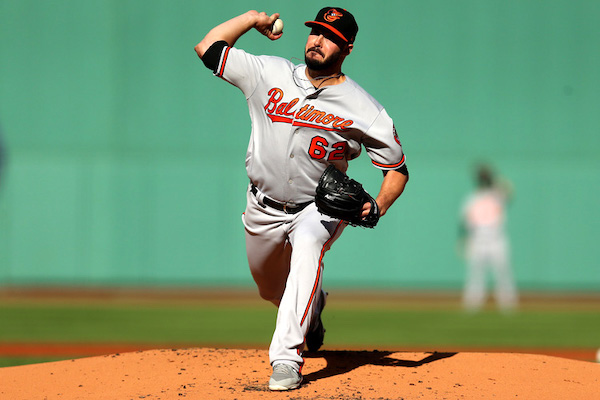 SARASOTA, Fla. – Chandler Shepherd is starting Saturday’s exhibition opener against the Braves in North Port, marking the end of the workout grind and moving spring training into its next phase.

“He’s one of the guys that we’re stretching out and it just kind of fell on that day,” said manager Brandon Hyde, who shared his decision with the media. “See him go a couple innings.”

Shepherd started the final game of the 2019 season at Fenway Park and the Orioles outrighted him off the 40-man roster the following day. He lasted five-plus innings in a 5-4 loss to the Red Sox, charged with two earned runs and three total – the last scoring after Shawn Armstrong replaced him.

The Orioles offered a spring invite to Shepherd, who registered a 6.63 ERA and 1.526 WHIP in five games, including three starts. The Orioles selected him off waivers from the Cubs in May.

Hyde said “a couple starters” also will pitch Sunday when the Orioles play the Red Sox at Ed Smith Stadium.

“We’re stretching out quite a few guys,” Hyde said, “and so you’ll see guys go multiple innings and we’ll continue to ramp them up throughout the Grapefruit League season.”