Indictment: KY prison inmate had IDs on 1,300 people to use in fake tax-refund scheme

A Kentucky prison inmate had lists with more than 1,300 stolen identities that he intended to use in a scheme to file false tax returns, a federal grand jury has charged. 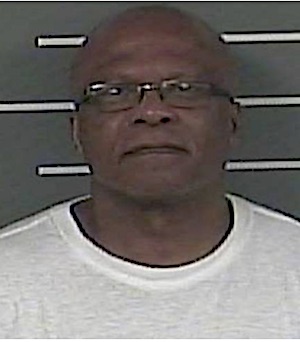 Juan Diego Paucar, 57, kept lists with the names, dates of birth and Social Security numbers of other people while he was behind bars at USP Big Sandy, a federal prison in Martin County, according to an indictment.

The identifying information, which Paucar bought from an unidentified person, was believed to be on U.S. military veterans, the indictment said.

Paucar was later transferred to a prison in Illinois, but authorities brought him back to Kentucky recently to face charges of identity theft and conspiracy to commit ID theft.

He had his initial court appearance this week and pleaded not guilty. He is being held at the jail in Pikeville while awaiting trial.

Paucar and others intended to use the personal identification of other people to file fraudulent claims for government funds, the indictment said.

While he was in prison in Kentucky, Paucar allegedly recruited other people to take part in the fraud scheme and mailed them “detailed instructions” on how to use the purloined identities.

The indictment doesn’t say whether Paucar or people associated with him actually filed fake claims or received fraudulent refunds.

However, fraudulent refund claims by prison inmates have been a problem.

The Internal Revenue Service estimated in 2005 that up to 15 percent of all tax fraud was committed by inmates, according to testimony to a U.S. House subcommittee.

Inmates attempt to use identifying information from others serving time, or people whose identities have been stolen, to create fake returns and then send them to the IRS.

In 2017 in Knoxville, for instance, a man named Larry Steven Covington Jr. admitted he learned how to file fraudulent refund claims while in a Tennessee prison and ultimately filed more than 500 fake claims between 2009 and 2015, mostly using inmates’ identifying information.

Covington mailed the fake forms to his mother to send to the IRS, or dictated the information to her to use in filling out returns.

The IRS blocked many of the claims, but Covington netted $163,777 from the scam, according to a court record.

“This specific scam has been running rampant in our penal system,” Assistant U.S. Attorney Jennifer Kolman said in seeking a significant sentence for Covington.

The number of fraudulent returns identified with an inmate Social Security number dropped to more than 24,000 for 2015 after efforts by Congress, the IRS and prisons to crack down on the problem, but “remains a significant problem for tax administration,” the Treasury inspector general said in 2017.

A man with the same name, Juan Diego Paucar, pleaded guilty to robbing eight banks in Miami and was sentenced in 1996 to more than 24 years in prison. Court records don’t make clear if that was the same person as the man charged in Kentucky.

While serving time in a California prison in 2009, the Florida bank robber was charged in an alleged scheme to file two dozen fraudulent tax returns in the names of inmates, using fake income statements.

THIS WEEK AT THE STATE CAPITOL