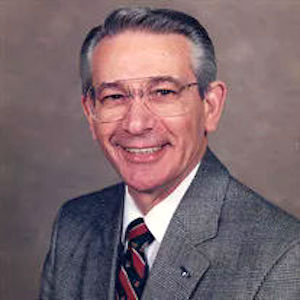 Known to all as “Tom”, he was born in Aliquippa, Pennsylvania on April 15, 1931, to parents Thomas and Mary Orlovsky. He has one brother, Bill Orlovsky (Donna) of Imperial, Pennsylvania. Tom is survived by his wife of 41 years, Patsy Cooksey Ball Orlovsky. They have five children: Joy Dumas of Austin, Texas, Kirk Orlovsky of Boynton Beach, Florida, Keith Orlovsky (Beth) of Moon Township, Pennsylvania, Sherry Kemper (Bill) of Jeffersontown, Kentucky, and Laurel Akers of Harrodsburg, Kentucky. As Tom would say, he was blessed with 11 grandchildren; Eric, Kevin, Keith, Justin, Andrew, Erin, Lindsey, Lexie, Aaron, Evan and Sheridan; and 3 great-grandchildren; whom lovingly called him “Papaw,” Wyatt, Tavi, and Mika.

As a child, Tom was always “fixing things”. He was a persistent tinkerer who loved all things mechanical, playing and repairing anything he could get his hands on. He went to work at age twelve at the local drug store where he was known as “The Soda Jerk.” He graduated from Aliquippa High School in 1949 and immediately began working for Reno Electric. Tom then transferred jobs to Rome Cable of Rome, New York where he worked with pride for 35 years as a Marketing and Sales Manager. He traveled the United States for the company, remembering every place he had visited, and always eager to share a funny tale or a heartfelt conversation with “a friend”…as Tom knew no strangers. In addition to providing for his family, Tom was faithful to his country. He served in the Air National Guard Reserves for 2 years with the 189th Air Craft Division in Coraopolis, Pennsylvania, and then 7 years with the 112th Division for the Air Base Group at Greater Pittsburgh Airport.

Tom lived over 30 years in Louisa, Kentucky, where he was a member of the Masonic Lodge, as well as a past president of the Louisa Rotary Club. He was a committed member of the Louisa Free Will Baptist Church, where he was Sunday school Superintendent and Choir Director for many years. He spent his last Christmas around the dinner table singing his favorite gospel tunes with friends and family. While living in Louisa, Tom became a member of Gideons International. He volunteered for this organization for more than 40 years, spreading God’s word, and witnessing in churches across the Eastern United States. For those who knew Tom, he never judged another living being and always found Jesus in everyone he met.

Tom and Patsy moved to Jeffersontown, Kentucky in 2003 to be closer to their grandchildren. He became a member of the Parkland Baptist Church in Louisville, Kentucky. He was also a current member of the Kentucky Cutlery Club. In his retirement, Tom enjoyed collecting antique knives and tools. He was constantly trying to help people solve problems, and would pick up items or repair items to give to others if he thought they would benefit. Tom would never leave a place without saying “God Bless You.” He was a true Christian.

Tom found great joy in his family. Some of his favorite memories included singing to his beautiful wife Patsy, picking up his grandson Evan and taking him to the Waffle House for man-to-man breakfasts, watching movies with his grand-daughter Sheridan and buying her Coke Icee’s, and playing golf with his son-in-law Bill. He was so proud of his great-grandson Wyatt for his participation in presenting the communion gifts at church. As Wyatt says, “My Papaw is quiet sometimes, because he’s just having a conversation with Jesus.” He was so happy and blessed to have all of his children by his side in his last days. Tom’s favorite three words were “I Love You.”

A Celebration of Life will be held on Feb. 22, 2020 at 1:00 pm at Wilson Funeral Home with Rev. Jimmy Cooksey officiating.

Friends may visit family after 11 am that day at funeral home.

Care has been entrusted to Wilson Funeral Home .