Sarasota, Florida — Louisa native Chandler Shepherd has reported to Spring Training with the Baltimore Orioles earlier this week as pitchers and catchers begun their quest to make the Major League roster at the end of March.

Shepherd who is 27 years old ended last year with Baltimore and made 5 appearances including two starts against the Toronto Blue Jays, one at home and one on the road with a 6.63 ERA while throwing 19 innings and striking out 17 batters.
This will be his first Spring Training with the Orioles after being in camp with the Red Sox the previous years.
Baltimore who has 67 players in camp opens up exhibition play against the Atlanta Braves on Saturday February 22nd. 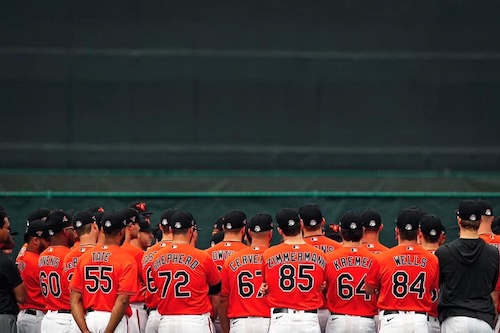