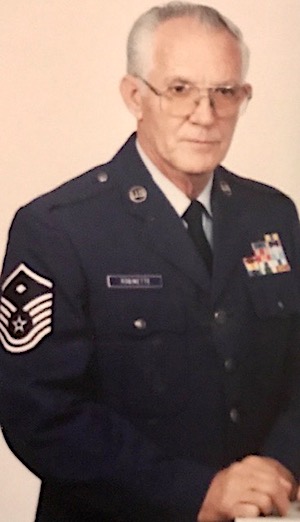 Pete was born November 14, 1933 in Fort Gay, WV to the late Virgil and Adrene Billups Robinette. At 17, Pete married the loved of his life Darlene Damron. He then lied about his age to join the U.S. Air Force to support his family. Once Pete left the Air Force, he and his wife graduated from the Billy Graham Evangelical School. Pete was honored to have pastored may churches in the area in the 70’s and 80’s. He was also a coal miner and when his wife was ill he became an EMT.

In addition to his parents, Pete was preceded in death by his beloved wife Darlene Robinette and brothers John Cecil Robinette and Don Robinett.

Pete loved his family and had a special place in his heart for his niece Jennie Puterbaugh and cousin Judy Robinett and her partner Dee Burgess. He had a wonderful caregiver in Paula Marie Browning and all the love and care she gave Pete.

Funeral services will be conducted Tuesday, February 11, 2020 at 11:00 AM at the Young Funeral Home with Brother Dick Maynard and Brother Noah Robertson officiating. Burial with full military honors will follow in the Damron Cemetery in Fort Gay, WV.

Young Funeral Home has been entrusted with the care of Mr. Robinette and his family.