INTOXICATED PIKE COUNTY MAN TAKEN INTO CUSTODY BY POLICE, WHO INTENTIONALLY DROPS HIS PANTS TO HIS ANKLES IN A LOWES STORE PARKING LOT WHILE RESISTING ARREST

A Pike County couple was indicted last week for allegedly keeping their children locked up alone and unsupervised in unsanitary conditions.

The Pike County Grand Jury indicted Wiliam Daniels, 28, and Cassidy Finley, 23, both of Pikeville, on three felony counts each of first-degree criminal abuse. Those  charges were much stiffer than the original charges Daniels and Finley were arrested on (and are still both facing as well).

The Pikeville Police Department responded on Wednesday night, January, 22, to a call report of possible child abuse or neglect at the couple’s residence on Cypress Lane. There, officers found the couple’s three children locked in separate rooms unsupervised.

The police wrote in court documents that one of the children was covered in its own feces and human waste was smeared on the walls of the first room they opened. The other two children were also allegedly locked in the other two rooms with dangerous items, including medication and sharp objects, and human waste was also allegedly present in the other room.

Wiliam Daniels and Cassidy Finley were arrested at a Pikeville McDonald’s, shortly after police found the children locked in the rooms. They were originally charged with three felony wanton endangerment charges, but Kentucky Commonwealth’s Attorney for Pike County Bill Slone, said the grand jury indicted them on the harsher criminal abuse charges due to the severe circumstances of the case.

The three children have since been placed in the care of relatives.

Both Wiliam Daniels and Cassidy Finley remain lodged in the Pike County Detention Center, with Finley’s bail bond set at $3000 full cash, and if she is released, no contact with any minors; while Daniels bail bond was set at $3000 surety with half of the amount being cash ($1500); and also if he is released, he is to have no contact with minors. Wiliam Daniels also was given an extra bait bond of $200 full cash, on a failure to appear charge in McCreary County court.

However, it appears both William Daniels and Cassidy Finley have been denied bond with the new child abuse indictment charges.

A Belfry, Kentucky man was indicted last week by a Pike County grand jury on rape and child pornography charges.

According to court documents, Cody West, 26, of Riverfront Road, in Belfry, was arrested on January 30, by trooper Mahala Lewis, of the Kentucky State Police, after his indictment, and was was charged with promoting a sexual performance by a minor, possession of child pornography, third-degree rape and third-degree sodomy.

Kentucky Commonwealth Attorney for Pike County Bill Slone stated in remarks to local media that the case originated from a complaint from the parents of the alleged victim in the case.

Attorney Slone says the case illustrates the importance of parents monitoring their children’s use of social media and with whom their children associate.

Cody West was taken to and remains lodged in the Pike County Detention Center and has been denied bond.

INTOXICATED PIKE COUNTY MAN ARRESTED BY POLICE, WHO WHILE RESISTING ARREST, INTENTIONALLY DROPS HIS PANTS TO HIS ANKLES IN A LOWES STORE PARKING LOT 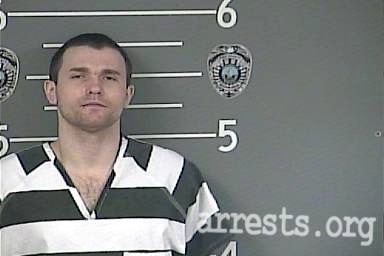 The Pikeville Police Department responded to a complaint last week that a man was intoxicated and sitting in his vehicle in the Pikeville Lowe’s parking lot.

According to the arrest citation, On Friday, January 24, Austin H. Phillips, 24, from Mouthcard, in Pike County, had slurred speech, pupils that would not react to light, and appeared very sleepy. Officers had to force out Austin Phillips frpm his vehicle as he attempted to hide items and resisted arrest.

While resisting, he dropped his pants down to his ankles in the middle of the Lowe’s parking lot while several shoppers were walking by. Once Phillips was detained, Pikeville Police located a small clear bag containing several pills marked Xanax, as well as a THC vape pen.