Louisa, Ky — Trenton Adkins scored on a put back as time expired and Lawrence Co. ( 15-8 ) prevailed 78-76 in overtime against Floyd Central to remain undefeated in 58th District play. 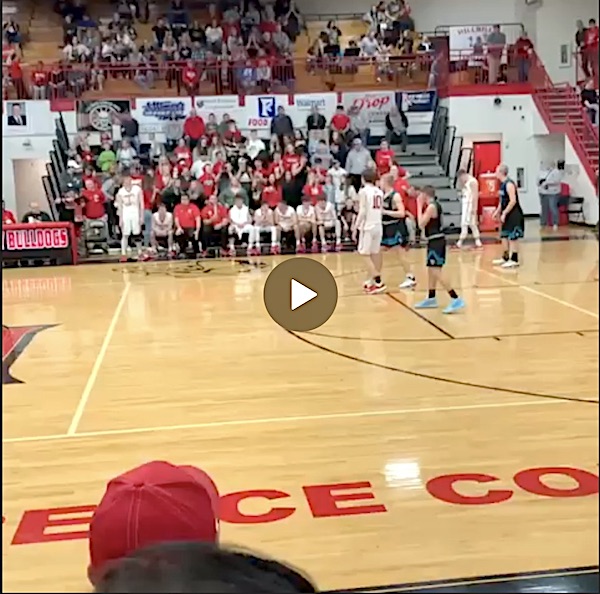 Lawrence Co. out scored the Jaguars 13-11 in the extra session and improved to 3-0 in 58th District action.

The Dawgs hit 5 three pointers and went 11-15 from the line.

The Jaguars hit 8 three pointers and went 10-12 from the line.

Lawrence Co. will return to action Tuesday night at home vs Martin Co.

“… Big district win on Friday night at home. We didn’t play well in many aspects of the game but our kids were able to maintain enough focus to pull out a win. We talk all the time about being able to win games when things don’t go your way. Give credit to Floyd Central because they were able to get up in us and make sure things didn’t go our way and played extremely well. But at the end of the day our guys were able to scrap one out and ensure that we got the win. That is very encouraging to see from our team at this point in the year. Battling adversity and overcoming it is a step in the right direction!”

“… Typically to win a region tournament you will have one game similar to this. One that you have to grind it out. Although you’d love to play well every time you step on the court, it just isn’t realistic. Learn from it and move on. Very proud of our team for finding ways to win!”

The Lady Dawgs hit 6 three pointers and went 21 of 25 from the line.

Floyd Central went 7-15 from the line and hit 6 three pointers.

The Lady Bulldogs were supposed to play Shelby Valley at home tonight and they cancelled at 10:30 this morning.

They will travel to Betsy Layne Friday night at 6:00 in a key District matchup.

“…Very proud of our team effort against Floyd Central. We competed and battled the entire game and that’s what we want to see heading into the home stretch of our season. Tournament time is right around the corner. We want to build on Friday night’s success and continue to get better prepared for tournament time.”