Children Of The Holler – Growing Up In Rush, Kentucky, by James A. Adkins

James Adkins was writing his book years before he first put words on paper.
Children Of The Holler – Growing Up In Rush, Kentucky, by James A. Adkins, recalls a time when daily life was considerably tougher than it is today. 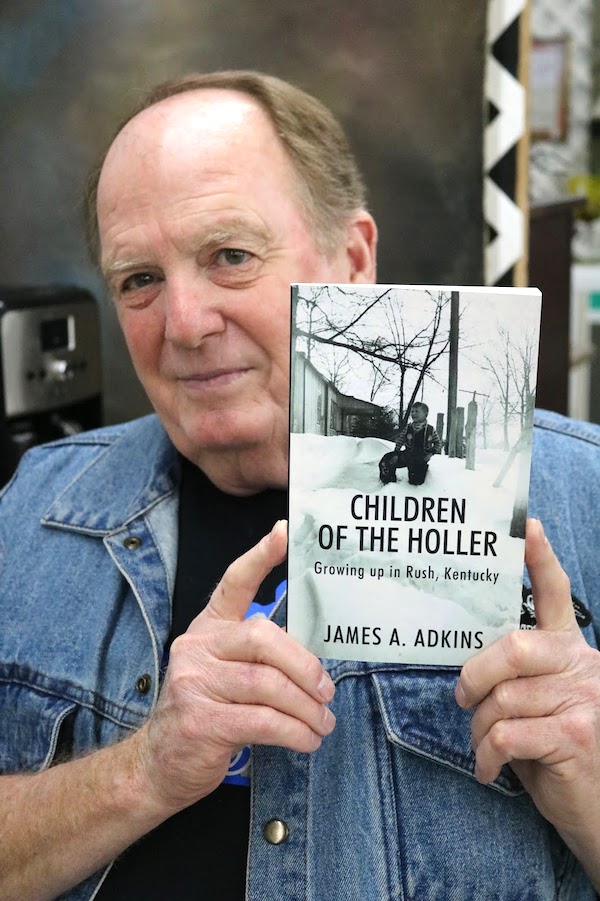 “I always wanted to write a book but never had the time or resources,” Adkins said in a recent Carter County Post interview – when he became the first to person to sit down for a chat in the “new news” office.

The part-time driving instructor said a student motivated him to find time for his book, by explaining options with online publishing companies.

Raised in the Carter County community of Rush, Adkins is a member of the Prichard High School Class of 1968, Adkins did not rely on high-tech tools and instead used three or four yellow legal pads to hand write his manuscript.

“I honestly thought it would take me all winter … and I took a trip back in time,” he said, estimating he required only about 50 hours to complete the book as his memories came flooding back.

“That book is a testimony of my childhood. Writing the first half was easy. The second half I had to start thinking on things.”

A collection of stories spanning from Adkins’ entering first grade in a one-room schoolhouse until his family moved to Barboursville, West Virginia when was 18 years old “Children Of The Holler – Growing Up In Rush, Kentucky” can be ordered online.

“Just go to Amazon and type in the name under books,” Adkins advised.

Story and Photo by TIM PRESTON

CARE PACKAGES FOR OUR TROOPS