GROWING UP IN LOUISA: JANUARY!

It is January! To some folks this means winter is about over and the days are growing longer. Of course, it is also a time that big snows will most likely happen. January has always been a special month for me since it is my birth month and a new year, too! Granted, this month is usually cold and inhospitable weather-wise, even when it is warmer than normal years. Rather than complain about the effects of winter, I prefer to think about the positives that come along with cold weather. It is a time to bask in front of warm fires; to drink a cup of steaming hot chocolate; and to hang out with friends or family at our family home. Board games, like monopoly, or chess, or a rousing game of rummy is just right for the season. 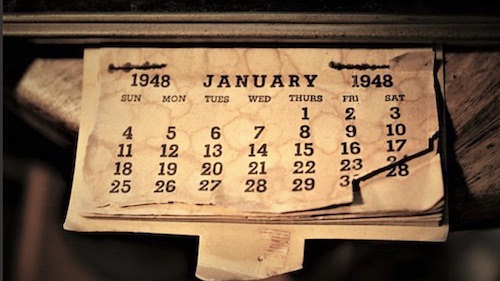 When I was a teen, TV became part of my life. I remember we’d watch game shows such as “What’s My Line?” with Gary Moore and others. Variety shows and weekly shows like the Honeymooners or Jack Benny were planned around to insure we didn’t miss them. I liked the Milton Beryl Show, and Sid Caesar and Imogene Coca, and The Twilight Zone, or Alfred Hitchcock Presents. These were perfect for cold weather.

Even now, for the lucky folks who have them, Granny’s quilt can be put to good use. The sweater she made with her loving hands is so cozy, if it still fits! Maybe soon we’ll have a nice wet, fluffy snow, or two, and maybe some time off from school, or work. Just maybe the kids can use that sled they got for Christmas, huh? Storekeepers can take inventories without interruptions after all those December sales are finished and the returns that soon followed. Merchants can now try to find time to take down the decorations and start preparing for Valentine’s Day, or President’s Day Sales, and time to place orders for upcoming Easter sales. 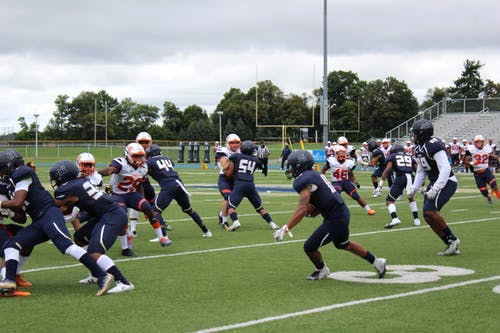 Even though I am known to be excessively modest, (it knows no bounds) I have to admit that January is all about me! You see, as I mentioned, this sweet, overly modest, retiring, but slightly older gentleman was born in January, as were several of my friends. How good can that be? We get birthday presents to augment the haul we just got in December. With a little luck it won’t be socks and underwear this time, but even so, socks are good. Have you noticed they are making clothing smaller and smaller, these days? I actually prefer three-X, but it doesn’t seem too long ago when I was wearing a medium. Well, maybe more than a little while ago. What’s a few decades between friends, anyway?

As I said, how good can January be? Well, just think. January starts off with parades and absolutely tons of football. Hey guys, I said football! There are fantastic plays, bands, cheerleaders, new commercials, and then right after the big bowl games, the NFL playoffs take over. Wow! January is so good. Did I mention my birthday is in January? Oh, lest I forget, January is also ‘National Bath Safety Month!’ That means no slipping in the tub, people. Maybe that’s an excuse to put off bathing until spring. Wait a minute. It’s also ‘National Oatmeal Month,’ ‘National Soup Month,’ and ‘Hot Tea Month’ to name a few. So much to eat and so little time. . . 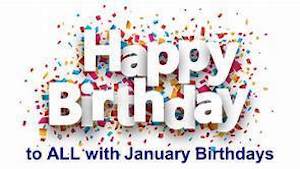 The first day of this brand new year is, of course, NEW YEAR’S DAY! That’s a day off work! Football, snacks, drinks, and time in the man cave. The third day of January is ‘Festival of Sleep Day,’ which is about right given the stresses of the prior weekend. It’s also ‘Humiliation Day,’ which may be pronounced for some folks depending on how their team did in the bowls.

Ladies, just for you…the sixth day of January is ‘Cuddle up Day.’ Cold weather issues are a blessing and potential catalyst for cuddling. My web-based resource tells me that it is on the eighth that you gals have ‘Male Watcher’s Day.’ One might consider that taken care of with all those football games. The tenth is ‘Houseplant Appreciation Day.’ I’m guessing that’s why it is also ‘Peculiar People Day.’ I mean tropical houseplants in January? Give me a break.

If you are wondering about how I obtained all this wisdom, here’s the link to a neat site: http://www.holidayinsights.com/moreholidays/january.htm . Now you can look up even more of these helpful declarations. In fact, this will prove what we thought all along about politicians and their propensity to ignore the real issues and make declarations. “Never mind the budget, or world affairs, let’s declare it Michael’s Birthday Month!” Ah, shucks, actually, just having the Governor present me a commission as a Kentucky Colonel would be plenty enough. I always wanted to be one of those. I’m sure it will show up one day, perhaps in January. Speaking of declarations, I see that my birthday is on ‘Chocolate Cake Day.’ You know that has to be right. Besides this we have Lee/Jackson, Martin Luther King, and composer Stephen Foster Celebration Day. The latter one is big in Kentucky, or should be. Hats should be held over our hearts the whole day as we sing “My Old Kentucky Home,” or “Camptown Races.” 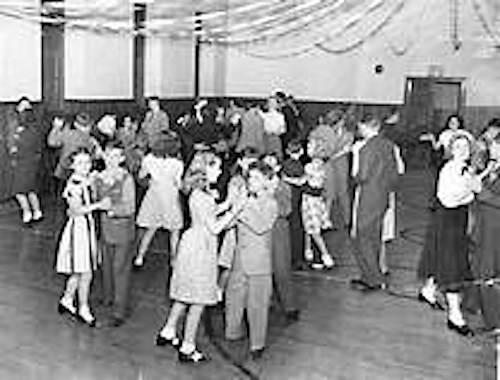 Until now, I had no idea the gem for January is a garnet, and the flower is a carnation. I used to buy those little round flowers at the flower shop every time I had to go to a school dance. I didn’t mind buying the flower or hanging out with a girl for that matter, but dancing? Really? My unofficial middle name is Klutz. No girl I knew deserved to have their feet stomped on.

During high school, I believe that we had a FHA dance this time of year. That’s when the girls could ask a boy to a dance. It was a ‘Sadie Hawkins’ kind of event. One poor, sweet girl did ask me to that dance once and I went. While the girl was beautiful, and a wonderful date, I expect she might have been bored. Dating and dances were new ground for me and besides, I was more than a bit shy. I stayed away from her feet on the excuse I didn’t want to scratch up that nice gym floor. Besides, the music wasn’t right, or my tonsils weren’t in alignment, or I needed some more punch. That was followed by wondering if they moved the bathrooms, or whether I needed a smoke outside? (I smoked back then, but gave it up later). You know, as I thought of more excuses I think that in frustration she determined to never ask me out again. So, she was smart, too. Oh, well. At least we survived the dance.

So, where was that flower shop? I think it might have been next to the ‘Corner Store’ well before the Garden Theater or the Rexall Drug Store. I think it was there that there was a metal sign with a picture of some Greek guy with wings on his heels, running with a bunch of flowers in hand. What with weddings, funerals, and school dances we had to get flowers from someone.

I remember once when my Aunt Shirley frantically called all around town on the day of a dance to find out if anyone still had any corsages. Finally she found one that did, so I had to spend my money for a sprig of greenery with a carnation, or an orchid. I had to rush out to pick it up to still have time to clean up and dress. Sure hoped my suit was clean. Now, where did I see it last?

The flower was special my date said. That was a relief, but I was not so much worried whether it met expectations as hoping that someone else could please, please pin it on her. Gulp! Her mother saved the day. It made me nervous, but I really didn’t mind when she pinned a boutonniere on my wrinkled lapel. (I didn’t have time to iron it, but I did brush most of the dog-hairs off.) If she noticed my condition she never said. She was a real lady.

Even without dances, when you think of January, it’s all that football, basketball, and did I mention, my birthday?  mcoburncppo@aol.com