Last season’s deer harvest of 145,753 was the second-highest ever, but that number was surpassed this season.

The archery deer harvest dropped to 16,592 which was 11.18 percent of the total deer deer harvest. (Photo by Art Lander Jr.)

• The weather, as always, had a big influence on hunting conditions, both favorable and unfavorable.

The most obvious weather impact was during the first month of archery season, which opened on Saturday, September 7, at a near seasonal 76 degreesF.

Then the blazing, record heat returned, and 15 of the remaining 22 days in the month were 90 degrees or hotter, according to the National Weather Service in Louisville.

As a result, the archery harvest for the month of September dropped to 4,688 deer, the lowest total in nine years.

On Monday, January 20, the last day of archery season, the weather was a frigid 17 degrees and light snow was falling.

Hunting conditions were favorable, and this year’s late pre-rut, the so-called chase period, was especially intense,

A contributing factor to the record kill was the scarcity of mast and green forage, due to the unseasonably hot and dry fall, that kept deer on the move, in search of food.

• Kentucky’s 16-day modern gun season continues to be the driving force behind the run of impressive deer harvests in recent years.

Hunters bagged 35,143 deer during opening weekend, a record 19,234 deer the second weekend, and a record 11,576 deer the final weekend of modern gun season.

This year’s modern gun season was the second time that all 120 Kentucky counties were open for 16 days.

• The lengthening of crossbow season and the further liberalization of crossbow regulations had a big impact on the deer harvest by crossbow hunters during the 2019-2020 deer season.

Crossbow season opened September 21 and closed on January 20, which lengthened the season considerably, over previous years.

For the first time, youths under the age of 16 could hunt with a crossbow during the entire 136-day archery season.

As in past years, legal resident hunters age 65 years or old- er could also hunt deer with a crossbow during the entire archery season.

The increase in hunter opportunity led to a record 9,432 deer being taken with crossbows.

It’s a good bet that the deer harvest by crossbow hunters will continue to climb, as Kentucky’s archers grow older, and deer herds continue to thrive in the rural/suburban interface, where firearms hunting may not be possible for safety reasons.

• The growth in the crossbow deer harvest has been impressive.

Consider that a decade ago, during the 2010-2011season, crossbow hunters took just 1,521 deer. This year’s crossbow harvest represents a whopping 520 percent increase over the harvest from 10 years ago. 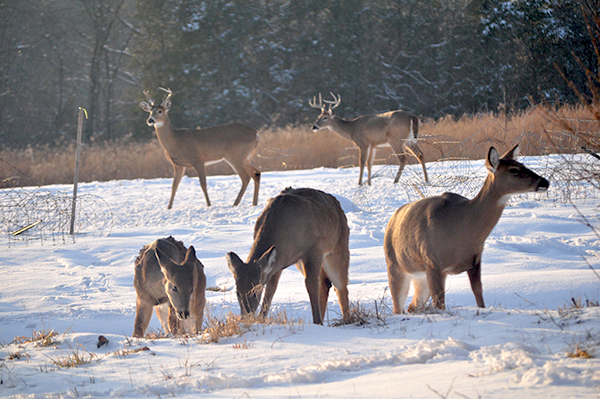 • Kentucky’s deer herd is large, and populations in some counties are at an all-time high. Eighty-five of the state’s 120 counties now have a Zone 1 or Zone 2 status.

• One of the most encouraging statistics from this deer season was the increase in the antlerless (doe) deer harvest.

The continued, aggressive harvest of antlerless deer is needed to slow herd growth in the Zone 1 and Zone 2 counties, where deer densities are at or above management goals