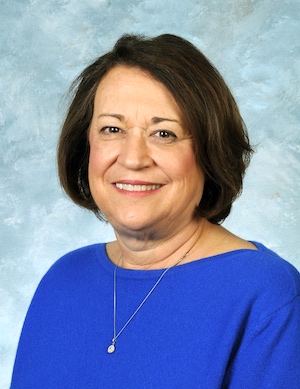 FRANKFORT – Just as presidents give a State of the Union address early each year, Kentucky’s governors have long followed suit by giving their own State of the Commonwealth.

This type of speech is a positive reminder that while we may come from different regions and have different views, our common citizenship unites us.

For Kentucky, the State of the Commonwealth is the point in each legislative session when most of the public becomes better aware of the issues that the General Assembly and the governor are facing.

In his first-ever appearance before the House and Senate early last week, Governor Andy Beshear emphasized how important it is to use this time to help Kentuckians.

With that in mind, some of his top legislative priorities include making sure Kentucky’s diabetics can afford their insulin if they need it, and keeping families from receiving unexpected medical bills they reasonably thought would be covered by their health insurance.

He also put his support behind a constitutional amendment to restore voting rights for most felons who are out of prison and have completed their probation and/or parole.  His recent executive order makes it possible for 140,000 of these citizens to register to vote, but we need an amendment – and for voters to approve it in November – to make this permanent.

Governor Beshear will return to the House chamber next week to give his proposed budget for the next two fiscal years.  In last week’s remarks, he touched on a couple of positive points he will promote.

That includes recommending needed raises for our teachers, and in an important move for Eastern Kentucky, he promised to speed up the work being done to widen the Mountain Parkway.

Although no bills were voted on in the House last week, our committees were busy approving the first round of legislation that should be before our chamber soon.

The most widely discussed of those would make sports betting legal here in Kentucky.  Many states, including West Virginia, have already taken this step since the U.S. Supreme Court made it possible in 2018.

That issue has supporters and opponents alike, but another – to make the Honor and Remember Flag our state emblem for recognizing those who lost their lives in battle – should get unanimous support in the legislature.  I think it is vitally important that we never forget the sacrifices these men and women made on our behalf.

It wasn’t tied to any legislation, but the House and Senate came together in a bipartisan way early last week to help children at risk of hunger.  My colleagues and I filled about 2,000 bags with non-perishable food that will be distributed by Feeding Kentucky and God’s Food Pantry through the BackPack for Kids Program.

Feeding Kentucky says that as many as 200,000 of Kentucky’s children may not know where their next meal is coming from, underscoring the importance of this type of effort.

On a personal note, I want to end this column by saying that while I am happy for area coal miners who recently got paid after a delay, I sincerely hope nothing like this happens again.  Governor Beshear’s administration is working to make sure that’s the case, and I’m supporting legislation that would verify that mining companies have the bonds they are required to have so they can pay their workers even if the companies go out of business.

I want to take this opportunity to also thank my fellow mountain caucus members on both sides of the political aisle for their support of legislation to make it easier for our trained doctors to once again diagnose black lung for workers comp purposes.  Hopefully, this widespread support will make it easier for this bill to be approved so it can reverse 2018 changes that made it tougher for those with this disease to qualify for the benefits they deserve.

I have heard from many of you since the legislative session began early this month, but I hope to hear from many more before the session ends in mid-April.  If you would like to let me know your thoughts about these issues and the many other bills before us, you can email me at Kathy.Hinkle@lrc.ky.gov, and you can also leave a message for me or any legislator at 1-800-372-7181.