Daley is a member of the Kentucky Journalism Hall of Fame (2017) and lives in Lexington. 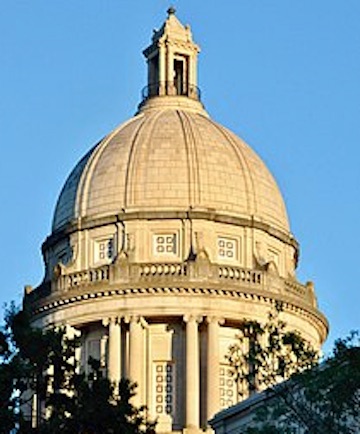 Gov. Andy Beshear’s ability and willingness to listen is just what Eastern Kentucky and the rural areas of the Commonwealth need to in order to advance economically. Not all political leaders have the inclination to listen to the people, but instead desire to speak and pontificate on their own agenda.

Over the past four years I have had the opportunity to observe Beshear interact as a listener with students, teachers, superintendents and community members. Those who live in the mountains need elected officials and organizations whose mission is to serve the region to listen and act on our ideas.

When Paul Patton was governor, he attended the East Kentucky Leadership Conference and meetings of the Kentucky Appalachian Commission he said he came as a listener and at the conclusion of the sessions offered what he heard. The Kentucky Appalachian Commission encouraged citizen engagement over its years of operation before Gov. Ernie Fletcher disbanded its work. Many great actionable programs occurred because the public was heard.

Beshear can model the role of being listener an encourage those who are charged with serving the region to act on the will and intelligence of the people.

Here are some actions he can take to serve Eastern Kentucky.

The first is to encourage listening groups represented by all constituencies especially the youth to be formed throughout the region with governor’s staff and cabinet heads to attend. These ideas can be included when the governor develops the next four-year Appalachian Development Plan.

Second, Beshear can use his bully pulpit to encourage and help the higher education institutions in the mountains renew their mission to economic commitment to their service counties. Cutbacks in state funding have forced the regional universities and the community and technical colleges to pull back from the community and economic development work while focusing more on their main campuses and students.

During early in the last decade the Kentucky General Assembly provided funds to the Council of Postsecondary Education to provide initiation grants for the universities to help their counties of service to better grow the economies and improve the quality of life. As a result, Eastern Kentucky University created the “Office of Regional Stewardship” and Morehead State University developed its “Center for Regional Engagement.”

The loss of state funding has had a significant loss in the impact of economic development impact in the MSU and EKU 22 county service regions. Reallocation of university funding or special funding sources will help the universities better serve the mountains.

Likewise, the Kentucky Community and Technical College System colleges in the mountains have reduced their community and economic development role because of funding. Big Sandy CTC, Hazard CTC, and Southeast CTC became a part of the Ford Foundation “Rural Community College Initiative.”

The Ford mission stated that the rural community colleges were the best vehicles in rural America to be catalysts for economic development, build civic capacity and provide access to higher education. This writer was hired as a part of that initiative 23 years ago. I witnessed remarkable work in which the colleges fulfilled this mission. The colleges are still doing a great job in workforce training and providing access to education despite their unfortunate decisions to reduce offerings at some off sites.

Who then is providing economic development in the region? Gov. Matt Bevin eliminated the Eastern Kentucky office of the Kentucky Cabinet for Economic Development in the late fall of 2018. This action was neither publicized nor criticized. Beshear can explore reopening this office and adding some other state outreach offices in this centrally located office.

The Community and Economic Development Initiative at the University of Kentucky is doing some commendable work in the region and statewide to catalyze positive change to build engaged communities and vibrant economies. Their efforts need to be supplemented with greater collaboration and funding.

One East Kentucky is focusing on the recruiting of industry which is one leg of economic development in one part of the region and has had some success. The region does not have a cohesive and comprehensive strategy or operation on the four legs of economic development which are: recruiting job creators, retaining businesses, expanding businesses, and entrepreneurism.

Growing the local economies must occur at the grassroots level with its citizens building on the assets of their communities. The best vehicle to accomplish this is through the state’s Kentucky Work Ready Community Program.

The program encourages local citizen engagement with K-12 as a critical partner to build an available workforce for the New Economy. The program under the auspices of the Economic Development Cabinet does have an urban bias making it difficult for rural counties to achieve the Work Ready Community status. The governor can encourage a reevaluation of the criteria to be fair to rural counties.

An important constituency is left out of idea sharing and decision making is the youth of the region. The youth, who are the future of the mountains, have great ideas and are very entrepreneurial. The governor can listen to the K-12 students to get their ideas on creating positive change in the mountains and what will it take for them to remain in the region. The governor demonstrated his interest in learning from the Kentucky Valley Educational Cooperative (KVEC) Student Senate and entrepreneurial competition students on several occasions.

It is a known fact that education is a key to economic development. Economic development experts tout the importance of K-12 education in this development. It is refreshing to hear Beashear and Lt. Gov. Jacqueline Coleman talk about its importance to rural counties and to the entire Commonwealth. Hopefully, the governor can work with the General Assembly to restore funding for professional learning so that schools and their staff can even better meet the needs of students in order to grow the economy.

Eastern Kentucky was hurting while Coal Was King and the industry appeared to be doing well. The region did not get into its perilous position overnight. Both thoughtful short term and long-term strategies will be necessary. We cannot afford to put bandages on the hemorrhaging wounds of economic and social ills and declare victory.

Eastern Kentucky people can create a renaissance in the region and is doing so in some communities. The people need a leader who will listen to them and be a partner in the region’s revitalization. Beshear will be able to move the region forward as he listens to the people.

Ron Daley has worked in higher education for 22 years and edited/published a weekly newspaper for 20 years in Eastern Kentucky. He is a member of the Kentucky Journalism Hall of Fame (2017) and lives in Lexington.

MELISSA MARTIN: Have you talked to your teen about marijuana?