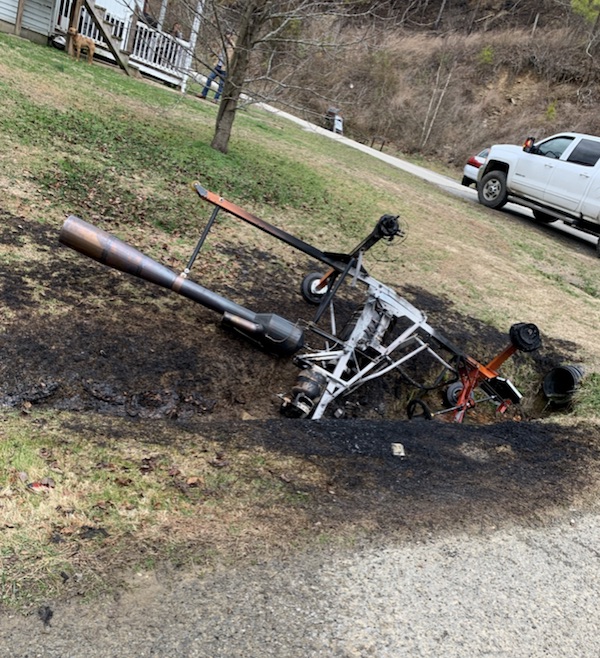 MIDDLE FORK – A Magoffin County man documenting an ongoing go-kart project was injured when the brakes malfunctioned over the weekend.

On Saturday, Jan. 11, rescue crews were called to Gose Branch where a neighbor had reportedly pulled Tim Coleman from the wreck, in which during a test run he lost control after the brakes malfunctioned, overturning the craft. He suffered third-degree burns from the wreck and at last report, was still in the hospital.

Coleman, a retired gyrocopter pilot with a background in electronic controls and communications technology, has been documenting his project of building a pulse jet go-kart for over a year on his YouTube channel (https://www.youtube.com/channel/UC7HpXqj4DLUub-T8vjS6uaA), including videos on the construction and test runs of the craft.

He posted a video on Sunday from his hospital bed at Cabell Huntington Hospital, seeming to be in good spirits, but noting that the status of the project is unknown at this time. He said he was doing well and thanked his viewers and supporters, promising an update at a later date.