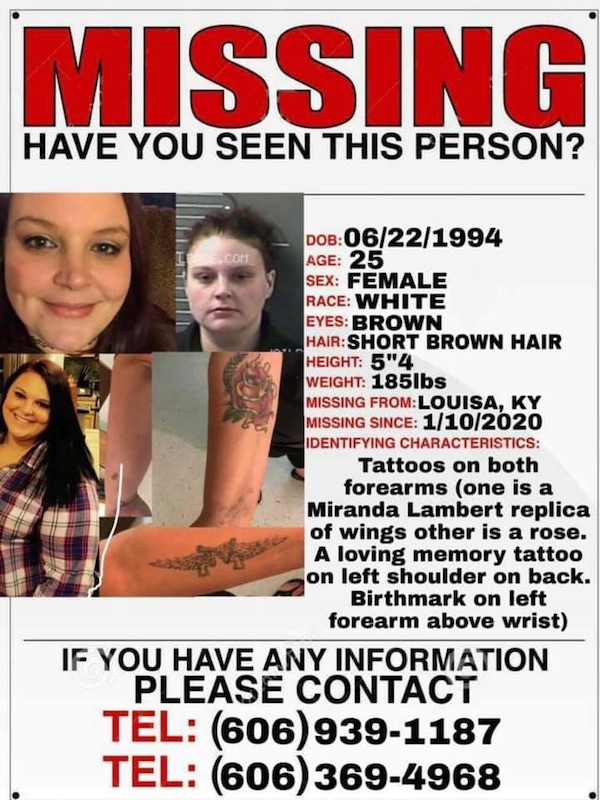 SHANNA NEWSOME LAST HEARD FROM OR SEEN ON JANUARY 10; FAMILY FILES MISSING PERSON REPORT SAYING SHE MIGHT BE BACK IN LOUISA/FORT GAY AREA, BUT ARE NOT SURE; 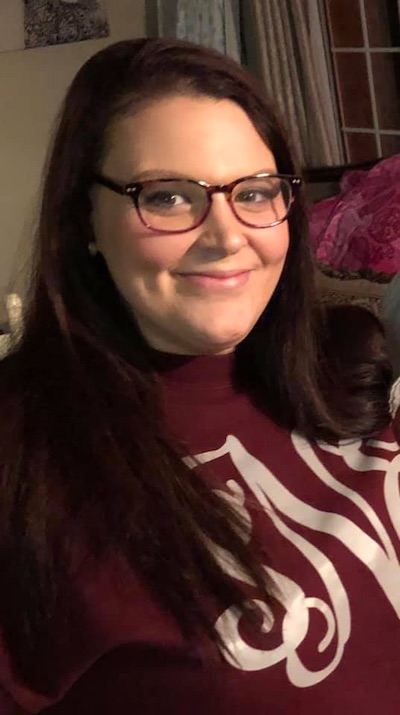 A woman from Lawrence County has been reported missing, after her family claims that they haven’t had any contact with her since late last week, during which she left a medical facility in southeastern Kentucky.

The missing woman, who is identified as Shanna Newsome, 25, and is from Louisa, was reported missing by her mother, Jeanette Leigh McGinnis, after she allegedly disappeared in Harlan County, Kentucky, on Friday, January 10.

According to Mrs. McGinnis, her daughter was last seen after she left a rehab facility around 6 P.M., on Friday, January 10., wearing pink pajama bottoms and a brown jacket. Shanna Newsome left with another girl from the rehab facility and both were seen walking shortly after that in Coxtan, Ky. and that Shanna and the other unidentified girl were both hitchhiking for an automobile ride.

Mrs. McGinnis stated that she fears for the safety of Shanna and believes she is in current personal danger.

Jeanette McGinnis is asking fro help from residents in both the Harlan County area and Louisa and Fort Gay/Wayne County, West Virginia area.

Below is a flyer Jeanette McGinnis has created to spread both on social media, and as well as giving them out personally to post at local area businesses that gives very detailed physical descriptions of Shanna Newsome, and personal contact information of Jeanette McGinnis for anyone to give any potential clues and help on the whereabouts of her daughter. McGinnis also asked that if necessary or alternatively, person need to also contact their local law enforcement, especially the Kentucky State Police. 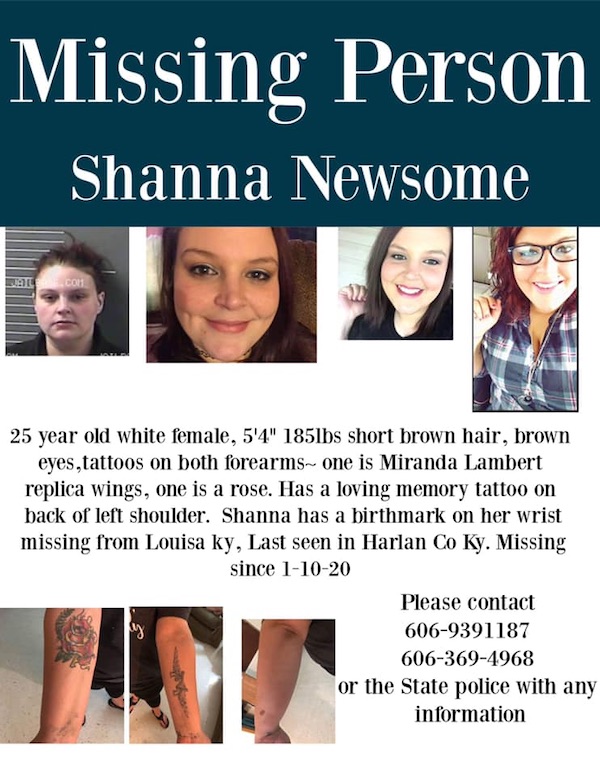