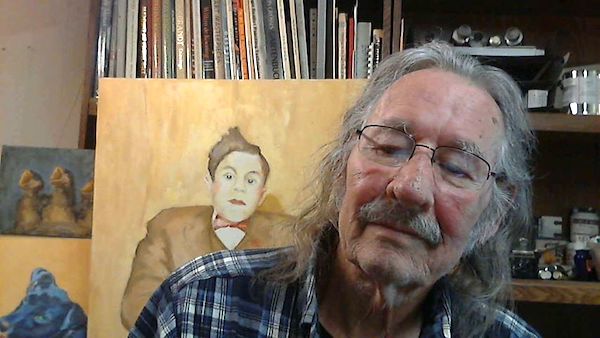 My name is Ned. There are only two ways a stalk of corn can normally die, barring a nuclear explosion nearby: Either it can live out its natural cycle or be pulled up by its roots. Crows are known to pull up tender young corn plants to get to what’s left of the underground seed kernel. By contrast, because we are more active than corn stalks, there are many ways human beings can die. For instance, it’s not inconceivable that one can shoot one’s grandchild while trying to kill a crow in one’s garden.

There can be opposite ways of dying. One can get killed in battle or die in one’s sleep. And innocent ways: One can be reaching for an apple in Wal-Mart and get shot three times in the back by a deranged person with an automatic rifle. And there are many unlikely ways: A simple paper cut can set up an infection that gets out of control.

There are even people who tempt death, by participating in extreme sports or racing a train to a crossing or just plain showing off. Like, hold my beer boys and watch this. And then there are those who die for a reason. People have jumped out of windows after a stock market crash because of losing all their money, or have put a pistol to their head because they sadly come to the conclusion that nobody really cares about them.

Of course, the list can go on and on, including bad habits like drinking, doping, and smoking. But in general, most people die from a heart attack or cancer. Or just plain old age, like a stalk of corn in October. But what is most upsetting about death, including one’s own, is why it is so random, unfair and usually unexpected. Why, in the midst of life, my brother? my best friend? or favorite movie star?

A fanciful old fable attempts to explain why death plays no favorites. God sent death to take the life of an old woman lying on the floor in pain. When she saw death she reached over and began rocking a cradle to show him she was still useful, so he let her live. The consequence was, God got so angry at death for disobeying him that he struck death blind. And, to our dismay, gave him no seeing-eye dog.

Another story, and one most relied upon, is that we go to a better place: a loving God sends for us and we’re not to question why. But she was only three months old! you say. However, for some mysterious reason we know not of, God took her anyway. That is easy for some people to believe and hard for others to swallow.

I’ll skin you alive! we’ve heard people say. According to Marco Polo, this was the great Genghis Khan’s favorite method of inflicting a horrible death, by slowly, day after day peeling away a section of someone’s skin, thus allowing the person to live for months in unbearable agony. It has been said that when our time comes, we will each know how to die, unless, of course, one was a victim of Khan.

Perhaps our beloved Emily Dickinson gives us a more realistic perspective of death in one of her unnamed poems: “Because I could not stop for death, death kindly stopped for me” That is supposed to be comforting, I think. It certainly advises one to be ready at any time. Or at least make out a will, as a first step.

“What is the answer?” asked Alice B. Toklas of the great Gertrude Stein on her deathbed, to which the wise old Stein replied, “What is the question?” She must have known how to put death in its place.

Whole nations have perished under an erupting volcano; the entire population of the world died once if one is to believe the story of Noah; and then there was the holocaust. Of course, war is death’s favorite activity; it’s death’s minnow seine. Today we face certain extinction from world pollution, yet refuse to face it. The insects will be the first to go because we falsely think them insignificant.

What is the answer? “Next Allegiance.” a poem by the esteemed poet Collister Hutchinson provides the most accurate concept of death that I know of: “We are a constantly dying eternally living body of God.” I’ll take that to my grave and be satisfied.

But what about the other thing forced upon us by one’s passing, the awful grief it leaves behind? The agony of mourning? We can bear up to it according to poet/philosopher Bruce Bennett Brown who tells us, “Grief is heroic.”