The Lady Rebels hit 1 three pointer and went 10-13 from the charity stripe.

The Dots hit 3 three pointers and went 5-9 from the charity stripe.

Naugatuck, W. Va. — Tug Valley ( 5-1 ) won round one between the two section rivals with a 58-40 victory over Tolsia Thursday night. 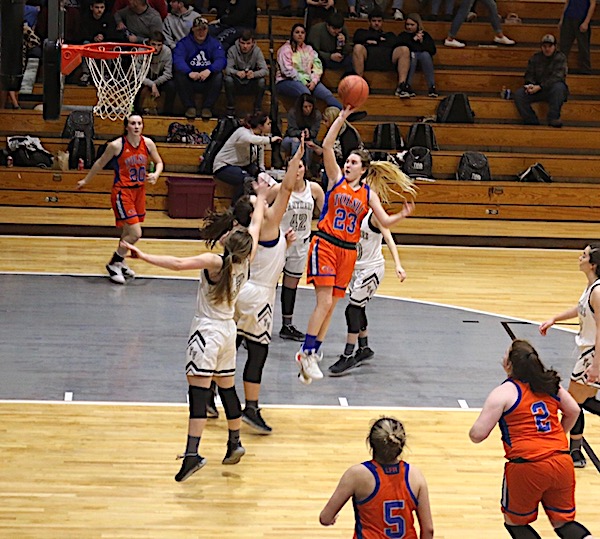 The Lady Rebels hit 3 three pointers and went 7-12 from the charity stripe.

The Lady Panthers hit 4 three pointers and went 15-23 from the line.

“… Good won for us tonight, I have said it before that we have played a challenging schedule so far and hopefully that will help us down the road. Everybody that got in tonight did a good job. Poca is a little down right now but they will get it turned around. We have so much respect for their program and coaching staff.”

“… We had a long lay off before the Tug Valley game and I thought that showed up during the game.”