The documents include a letter of intent regarding Kentucky’s $15 million investment, stock purchase agreement, voting agreement and investors’ rights agreement. The documents reveal the names of those invested in Braidy Industries. 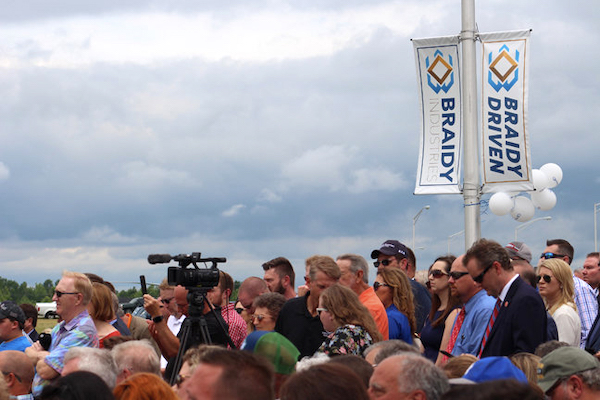 “In releasing these documents, we are showing Kentuckians that we are committed to transparency and open government,” Beshear said in a release.

“Braidy Industries believes in transparency as well as in the privacy of its shareholders,” said CEO and chairman of Braidy Industries Craig Bouchard. “The state asked for the release of these documents and we were happy to support this request.

“The Commonwealth Seed Fund is a valued shareholder. Braidy strongly supports the governor, the bipartisan leadership of the state of Kentucky, and all of its agencies.”

The Bevin administration refused to release the documents requested by The Courier-Journal despite an attorney general’s open records decision and multiple court rulings holding that they are public records.

By following the court orders and releasing the documents, the Beshear administration has ended years of legal battles by the previous administration.

Kentuckians can learn about the structure of governance of Braidy Industries by reading the voting agreement. The investors’ rights agreement contains the rights of the initial investors to inspect the company, cause stock to be issued and purchase future sales of stock.

The documents include minimal redactions of personal addresses in accordance with state open records laws and the circuit court’s order.

Kentucky initially invested $15 million 2 1/2 years ago in the project, which promised more than 600 jobs with good pay. Earlier last year, it was announced that Rusal, a Russsian aluminum company, planned to invest $200 million in the $1.7 billion project that hopes to be fully operational in 2022.