GROWING UP IN LOUISA: Old Stuff

Remembering back to my youth, I knew that most folks had furniture and other items that had been purchased throughout lifetimes, and perhaps from their parents or grandparents. Heirlooms were often passed down to younger generations over and again. Those ‘hand-me-downs’ served to save new families expenses, but it gave the parents a freedom to replace the old stuff with new. My classmates and I grew up in ‘mid-century’ where the Victorian things were old and even some Art Nuevo or even ‘Craftsmen’ styles were pushed aside in favor of plastic, lots of chrome, and sleek new styles that became known as ‘modern.’ 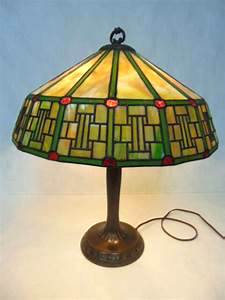 Few families of my day could afford the new, so we continued to utilize whatever we had. Overstuffed chairs required upholstery or new ‘slip covers’, but they toiled on to provide seating in the living rooms of my world. The old oak buffets and tables held up and continued to look good with little or no care. Being made of solid wood with workmanship that was of high quality and durability was taken for granted. After all, at some past point in time master craftsmen created products of which they could be proud.The more ‘beautiful’ homes (mansions, in my eye) that I saw growing up were often furnished with heirlooms made by famous makers including Chippendale, or Gustav Stickley, depending upon the style. In either case, the furniture was strong, durable, and still fashionable. It was theses tables that held the Tiffany lamps and art glass. For the first time ‘knick-knacks’ were available to the masses, and some of the older stuff was relegated to the attics and barns of America.

I still remember when I was around ten years old I had begun almost daily visits to some of the elderly people in the neighborhood. Mrs. Clayton, who lived alone at the other end of my block sat and did needle work all day. She pointed out that the chair she sat in and another that I often used were Lincoln rockers. She showed me how they worked and was proud they were named after the late President. Miss Lizzy Shannon who lived across the street with her sister once invited me into her kitchen to enjoy some freshly baked cookies. While enjoying them with a cold glass of milk, she invited me to see her ‘parlor.’ While I couldn’t enter that front room, I was allowed to stand in the doorway to see the ‘horsehair’ stuffed couches and chairs. Heavy with carpets, drapes, and fancy lamps with prisms, the room seemed almost suitable for Mr. Lincoln himself to visit. I had begun to learn that sometimes the old is worth saving.

It was years later when my mom bought some modern furniture that I began to wonder why this lightweight and uncomfortable furniture was considered attractive or desirable. I slowed down enough to notice that the quality of new store-bought furniture was shoddy compared with stuff made by craftsmen of earlier times. Particle board had come to replace solid wood and classical veneers. In fact, some more contemporary stuff used contact paper to fool the eye into thinking you were buying oak, mahogany, or walnut. The new stuff had a very short life expectancy if it was actually used.

Go figure?  When my wife and I were newly married, we moved into a rental home that was large and in a nice neighborhood but needed a lot of painting and landscaping work. The family that owned it gave us low rental rates if we provided labor to keep it up. It really wasn’t in sellable condition, so the rent was cheap. This was a Godsend for a young couple just starting out. We got a nice house to rent in a great neighborhood at bargain rent.

The first problem we ran into was our need for furniture. We didn’t require a lot because we were a small family that really didn’t do any entertaining. We figured that we could make it with basic stuff. Affording 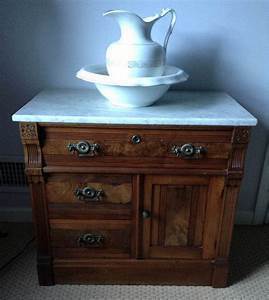 furniture was another thing. Our only choice was to find whatever we could at low prices. The best source turned out to be at garage sales. We found a number of things at very affordable prices and were soon finding items left at the curb for trash pickup that worked for us. Some things needed repairs, refinishing or reupholstering, so we learned to perform those tasks, in some cases by trial and error. We also took a class or two when free classes or inexpensive training was offered at the extension office. The more we did the more confidence we had and the better deals we got.

When Suzie and I started housekeeping we found a lot of the Victorian and Missions stuff in fairly inexpensive estate sales and auctions. For a time these were often sold at big public auction as antiques for thousands of dollars. An economic slowdown and waning market interest caused prices to drop until now some of these grand products couldn’t be sold. There was no interest. Supply and demand always tell the tale, don’t they? We occasionally saw some of these things lying at the curb waiting for trash pickup.

So you see, auctions are something I learned about more out of necessity than raw intent. They seemed scary at first but later as my understanding of ‘things of old’ increased, I became more aggressive and attuned to thing that have greater value than most people thought. Pick the right auction, at the right time and know your market, because it is then that you can truly make some serious money if your goal is to invest for resale, or perhaps to put to personal use.

Granted, lessons learned sometimes are expensive, so it is beneficial to learn from other people’s experience to avoid set-backs. I’ve had a few of those, too. I remember going to support my daughter’s Christian school, many years ago, at an annual auction of donated items for fund raising. I was roped into working with the auctioneer as a spotter. My duty was to shout out and point when someone motioned to bid so that the auctioneer didn’t overlook them.  I had noticed that starting bids for some items took some effort, but once the first bid was made others were quick to join in raising the price in the process. 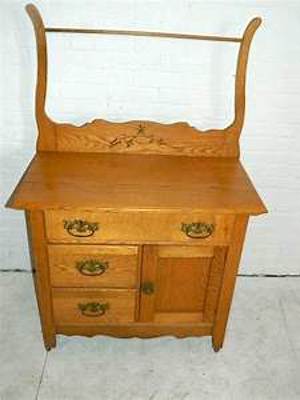 When the school’s old bus (a window van) was put on the block no one offered a bid. Time went on even though the price had dropped to only $200. I decided to help things along by getting the bidding started so I raised my hand. I then turned to see who might jump in and begin to raise the price. To my horror no one bid against me. I frankly didn’t have the $200 and I was in a real pickle. My wife was in the audience holding her head and already feeling a heavy curtain of doom I had caused to befall our household. We were headed for our ultimate destruction by reason of this horrible mistake.  At the end of the auction, when it was time to pay, I knew I was in a fix. Needless to say, I didn’t have my mind on the rest of the auction. I was praying and worrying over the embarrassment of being unable to pay for what I had agreed to buy.

It was just as the auction was over that my desperate prayers were answered. An older gentleman from the church came up to me rather shyly and asked if I might consider selling him the bus for his business. He offered me more than the bid price. Through tears I replied that he could go pay my debt and buy it at the auction price without needing to pay me anything. I could hardly wait to catch up with Sue to tell her. When I did her relief was apparent, even if I did hear about my stupidity all the way home.

I have behaved far better at auctions since, but I have still occasionally overspent. The times I prefer to remember are when we get those amazing bargains. Suzie loves auctions as much as I do and we used to attend one or two each month. It has furnished our home, our children’s homes, and has made us some pocket change on the side. We still go to estate sales and some garage sales, but frankly I’m tired of the hassle and we no longer need anything. We could write a book on bargain hunting. Maybe we will one day. 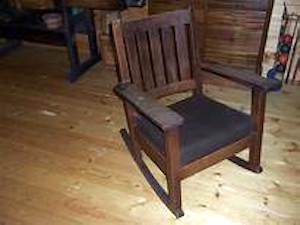 We are avid watchers of several TV programs relating to this concept, including: Antiques Road Show, Auction Kings, American Pickers and Pawn Stars. These, and some other publications on the subject have enlightened us to the point that we see real value more quickly and with more confidence than ever before. Now, in our overstuffed home, finding bargains is more of a hobby and personal entertainment. We have all the furniture and trappings we need and more. In fact, we are actively thinning out those things that aren’t necessary. Perhaps some will end up going to auction, eh? Still, we look out for the needs of others and we look for opportunities to invest. We’ve made some marvelous buys and spent a day having fun with each other.

Meanwhile, I still think there’s a lot of value in that old stuff. As we grow older we hope we are made to last and can continue to serve our families, too. We’ve seen our children cycle from liking the more modern stuff to coming back to truly enjoy antiques. Our youngest son was around eight years old when he said that when he got married he was going to fill his house with antiques. Susan asked, “What if your wife doesn’t like antiques?” He responded, “She’ll just have to get over it.” If he wants to live to become an antique himself, he may want to look for ways to compromise. Suzie and I are just lucky we have developed the same taste.

All this said, I have to admit that I’ve become an antique myself. A birthday is just a few days ahead and I’ll be as old as Mrs. Clayton or Miss Shannon was when I visited them. I count it a blessing. It should not be too surprising since the Master hath made me. Perhaps soon, I will make that trip upward toward the attic where the ‘old stuff’ is kept.