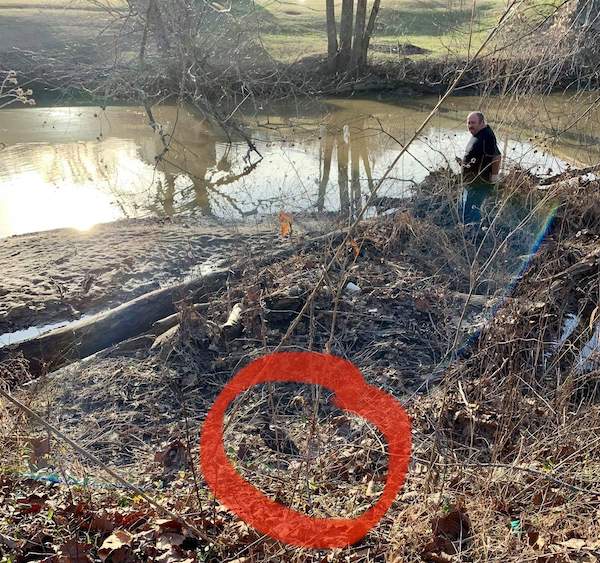 UPDATE: According to Lawrence County DES Chris Cox, On December 24 2019 Lawrence County Emergency Management along with the Department of Environmental Protection responded to the Fallsburg area in reference to an oil leak.

Residents had reported they heard an explosion near the creek that leads into the historic Fallsburg camping grounds area and that several animals had been injured in the resulting oil leak.

Cox said in a prepared statement that the leak had already been contained at the source and the amount of oil that had leaked into the creek is still unknown at this time (Friday, December 27).

He said Evergreen AES arrived early that same morning and started the cleaning process; a river boom system was put in place to catch the oil that was leaked into the creek and absorbent pads were also placed in the creek to contain the oil.

On Dec 26 Lawrence County Emergency Management and Evergreen AES returned to remove and inspect the absorbent pads and river boom system clean up of the oil is going good and will take several days to complete, Cox said in the release.

He added that there was no explosion anywhere in the area and that what people were hearing was bird hunters shooting.