GROWING UP IN LOUISA: Christmas Memories in Louisa

Memories of Christmas of the past are more about the excitement that built up to and defined this season of good will. It was about our celebration of the birth of the Christ, and the visions of expectations about what might be found under the Christmas tree early Christmas morning. Even now, we are reminded by the decorations all about, and the special cooking going on in the kitchen, and the radio or TV specials, the crowds filling the shopping places. We have this natural feeling that this once-a-year special thing is again about to happen. 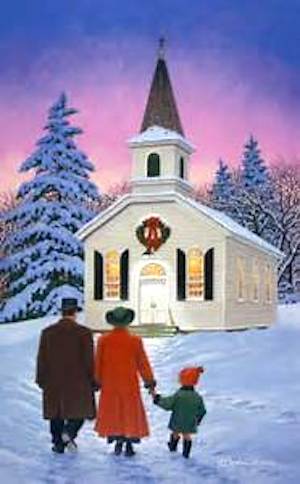 Back in the day, it was time for relatives to begin arriving from out of town, not only at our house but at the neighbors as well. People we hadn’t seen for ages would soon add to the mix and excitement. I especially remember the sounds of carolers and traditional Christmas music floating from inside of the crowded stores. Eyes brightened, looking like saucers on the kid’s faces when wrapped packages were added under the tree. What an event!

I recall once when my cousin Julia and I ran from home to Ed Land’s Sundry Store, down through the Corner Store, and on to the Favorite Five and Dime hoping to buy more shiny cellophane icicles to finish our newly erected tree. I visualize in my mind an impressionistic picture of tall, dark men and women figures like telephone poles walking about and blocking our paths. Being shorter, we dodged and ran between them to finally reach our destination. Those surrealistic throngs were the ladies of the town bustling to grab up the perfect gifts for their families, lest someone else get them first. Judging from the crowds the stores did well that year. The war and its rationing was over and the boys were home. Stores seemed to be always crowded with people standing by waiting to be helped, while others stood back laughing and talking with each other.

Somehow, Good Will Toward Men, rang out in our souls as if placed there by a Divine hand. It was an era when men held doors for ladies and tipped their hats in passing. A few would sometimes offer to help with the packages, a Godsend for the overwhelmed. I remember that one place offered hot apple cider and another had popcorn or candied apples. A light snow brought more excitement and hope for a ‘white Christmas.’ 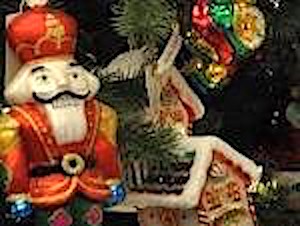 Even the whistle of the trains seemed happier as passengers disembarked the station. Some rushed home with the family paycheck in hopes it would stretch to cover this year’s expenses. While some families enjoyed piles of gifts under the tree, I remember, too, that others had less. Even those who were less affluent knew that they were blessed. Whether a gift was fruit, nuts or a promise of something to come, it was the season that really mattered. It was about family and friends coming together and visiting and laughing. Together we indulged in the sweetness of the Good News repeated once again. There is a certain stability in tradition and even the kids treasured these annual feasts. We leaned back and enjoyed a homemade desert and the warmth of a fire.

Today, I remember Christmases past as if they were in some way one event. Part of the stimuli setting off these memories was the delightful smells. This was the season to bring the wonderful aromas of the outdoors, in. The house reeked with the fragrance of freshly cut pine and the big Christmas tree. My family always set up a live cedar tree while others chose Scotch pine, Blue Spruce, or some other conifer. In the kitchen you could smell the rolls rising, the ham or turkey baking, while mom whipped up some items that were special for friends and 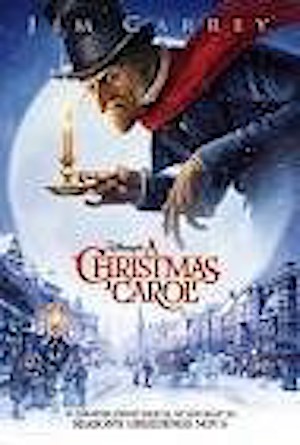 family during those special times. We had eggnog, cookies, custards, pies, fruitcakes, deviled eggs, candy canes, chocolate fudge, oranges and tangerines, and a very special Christmas candy I have written about several times over the years.

Folks decorated the exterior and interior of their houses with wreaths made of holly, or pine interlaced with real apples, pears and other fruit. Inside around doorways or mantels we taped up the Christmas cards that arrived with each day’s mail. Older kids would not fail to gather and hang some mistletoe near the doorway or center of a room well-traveled. When couples found themselves under the mistletoe some were embarrassed and shy while others took full advantage of an opportunity to steal a kiss.

Many of the decorations used were, or became heirlooms that were used for generations. The older folks looked at those special items and waxed into a dream of other times. Perhaps they were recalling a relative or loved one already passed, or a sign of hope of better days. Some memories were sad, but they still brought another level of joy recalling the happiness and wonderful contributions to the family that we cherish still.

As Christmas grew closer and more homes were bathed in the festive lights, it was time for us to gather and go from house to house looking at the Christmas lights. We enjoyed each family’s respective efforts in those displays for all to see. We attended or performed in parades, often preceded by a pageant or concert. We would go to church and hear the story from Luke 2, and would once again celebrate the miracle of the birth of the Christ child. The television brought wonderful seasonal presentations of the Nutcracker Ballet, Amal and the Night Visitors, and Hallmark would present A Christmas Carol, with the dreaded Ghosts of Christmas Past, Present and future.  There would be a time that we would finally hang the Christmas stockings on the mantel before going to bed with dreams of Sugarplum fairies, or old St. Nick struggling down our chimneys. 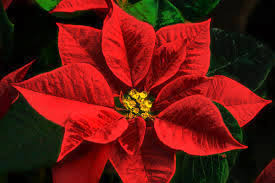 Sometime, just after sunrise, the kids woke the adults so the family could rush down stairs to the tree and see what Santa had brought. Some of the things, besides some sorely needed clothing, included toys such as: bikes, scooters, electric trains, popguns, toy cars, cowboy and cowgirl boots and outfits, toy western guns, trucks, fire trucks, and planes. There might be Lego’s, chemical sets, erector sets, gloves, balls, dolls, play kitchens with real baking ovens, (I remember eating the little round cakes), doll houses, Tiny Tears, strollers, ironing boards, bassinettes and other baby doll toys. There were jump ropes, board games (Monopoly, Clue, battleship,) toy army guns, cannons, ships, and tanks. Many were broken the same day or within the week. The ones with batteries didn’t last long either.

Ironically, the best toys we had were often the simple set of wooden blocks, cut into rectangles, squares, triangles and with half-circular cutouts, and plain items like an old can or a Quaker Oats box.  We played in junk cars, barn lofts, and on creek banks. In the end, the toys of Christmas were only part of the season.

Other families were often unable to come up with toys and other kinds of gifts. After all, this was eastern Kentucky and many outlying communities were not yet enjoying indoor plumbing, or the warmth of a fire, or especially mounds of special food. A gift was often a simple bag of nuts or fruits, or even a special button to go in a collection, or perhaps a partial bolt of fabric, or a feed sack printed with pretty flowers that would become an Easter dress. It goes to prove that mankind is resilient. We all had values that rose above the commercial aspects of the holiday. In a way, money didn’t matter. The poor families had little, but they had each other. In the end, it’s family that really counts.

How often I enjoy the stories recited by people like Dolly Pardon, who remembered the bad times and turned her hand to helping others. She brought jobs and prosperity to thousands in her ‘home town.’ The big theme park, Dollywood provides a level of excitement, but also it magically gives one the feeling of ‘home.’ Others made it in music, like Loretta Lynn who grew up in our neighborhood. “A coal miner’s daughter,” brought her fame and took her out of that environment not far from Paintsville. She didn’t have much then but has helped so 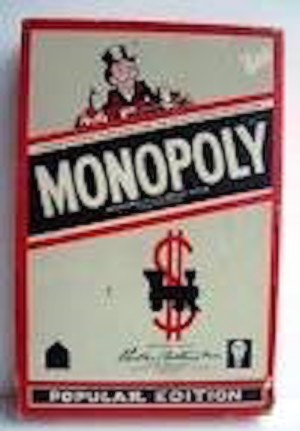 many since to rise from the depths of having nothing. Dottie Rambo also came from eastern Kentucky from poor roots, but became a Hall of Fame writer of wonder Christian music. One of the most prolific writers of music her songs still are all over the airwaves, especially during this season. All around us performers with names like Cyrus, Skaggs, and others have risen to improve their lot in life and in turn help many others. They remember ‘the way it was’ and have found ways to make a difference back home. Many good people from our area have made good in spite of the odds, not only in music, but in many ways. I’m reminded of granny’s saying ‘that cream always rises to the top.’ I’m thinking there’s a lot of cream in those hard-working people back home. While not all Christmas memories are good, they can be made good with the correct focus and will strong willed determination.

Yes, Christmas, aside from the nativity, which is God’s greatest gift to us is about our ultimate salvation, also gives us in the midst of winter a blanket of warm feelings with our friends and family. Yes, children liked their rolls in the dramas and they definitely liked toys, and basically basked in the attention, but they also knew it was also a time of good eating, the extended family coming together, and visits that seldom would otherwise happen. The holidays remains a time to see who needs help or encouragement. It is a good time for an anonymous gift to appear just as needed. It is a time to show respect for each other. It is a time to forgive and to show our love to each other. It is ‘Peace on earth and Goodwill toward Men’ that we still seek and need for our very souls. The Christ-child, after all, is the real eternal hope of mankind. He is the reason for all these celebrations. Let this reminder be my Christmas card to you and your family. I wish you the Merriest of Christmas! I’m wishing this writing will lend new opportunities to enrich the lives of those you love.

'The Drop' hosts their Christmas Party for teens