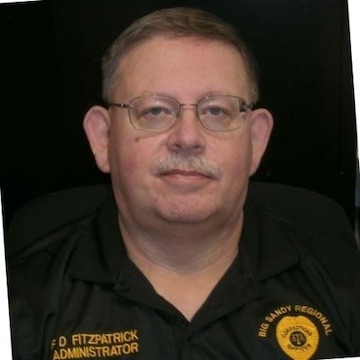 GOT PAID: FORMER BIG SANDY REGIONAL DETENTION CENTER ADMINISTRATOR F. D. “PETE” FITZPATRICK
The Big Sandy Regional Detention Center board approved amendments to its yearly budget at its regular meeting last Thursday, citing an out-of-court settlement with previous BSRDC administrator F.D. “Pete” Fitzpatrick for the amount of $75,000.
According to BSRDC treasurer Pam Burgess, there were funds available for the payment, which had already been made to settle with Fitzpatrick. BSRDC board attorney Nelson Sparks said that Fitzpatrick had made known plans to sue the board for wrongful termination following his firing in April 2019. Pete Fitzpatrick’s firing came after an executive session lasting more than two hours.
Mr. Sparks said this settlement was simply to avoid a lengthy and costly court battle.
Pete Fitzpatrick told several local and regional media outlets shortly after his firing in April that he could not comment publicly about the circumstances his dismissal, but he said he would be speaking with his attorney and likely filing suit, as the dismissal might have been in violation of Fitzpatrick’s contract for employment.
“I’ve enjoyed my time. I’ve worked with some really good people, and I feel good about my accomplishments,” Fitzpatrick stated at the time.
Pete Fitzpatrick said his record as BSRDC administrator includes turning around the books from an estimated $500,000 in the red to over $1 million in the black for the general fund, and having no inmate deaths in custody while other local jails could not say the same. A recent 236-point inspection of the BSRDC, Fitzpatrick said, was passed on all but two points, both for overcrowding, a problem that is beyond whoever is the jail administrator’s control.
There was no reason that was given in the April meeting for Pete Fitzpatrick’s termination, but BSRDC jail board chairperson Daniel Castle (who is also a Lawrence County, Ky Constable) claimed that the jail board had cause. 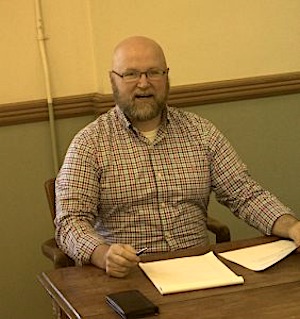 BIG SANDY REGIONAL DETENTION CENTER JAIL BOARD CHAIRMAN & LAWRENCE COUNTY DISTRICT 3 CONSTABLE DANIEL CASTLE
“The reason he was suspended was because of his systemic failure to follow established policies and procedures, resulting in substandard and inhuman living conditions, resulting in potentially life-threatening conditions for not only the inmates but the employees also,” Mr. Castle said.
With jail board attorney Nelson Sparks’ approval, board chairperson Castle provided to local media outlets with a slideshow presented to the board in their March 2019 meeting. In addition to graffiti and broken glass, the photos, Castle said, depict black mold in multiple locations throughout the jail.
Fitzpatrick was represented in the case by Louisa attorney Eldred “Bud” Adams.
ShareTweetShareSendPinShare
Next Post