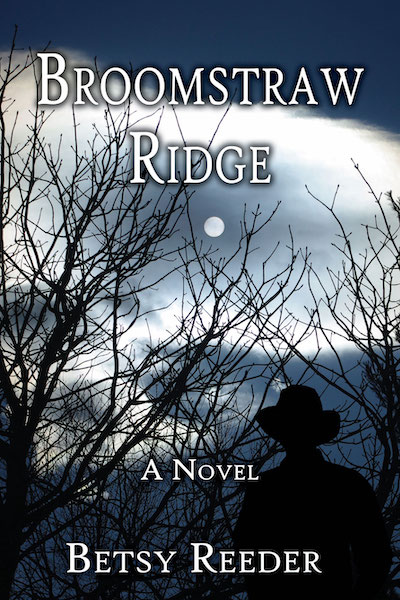 Canterbury House Publishing announces the release of Broomstraw Ridge: A Novel by Betsy Reeder. This stand-alone story also serves as a sequel to the Civil War novel, Madam’s Creek. Both tales are set in the New River region and follow the lives of intertwined families: Lilly, Farley, and Cook.

In Broomstraw Ridge, Joseph Cook returns home after a thirty-year absence in search of the remnant of his family and his meager inheritance. An expert in bridge construction, he discovers the bridges he most wants to build defy his skill. He is further thwarted when he encounters unexpected danger and conflict. Several characters from Madam’s Creek play major and pivotal roles as they endure hardship, loss, and strife, as well as celebrate love and redemption. The novel’s memorable characters exhibit the indomitable spirit typical of mountaineers.

Author, M. Lynne Squires, comments, “Each chapter unfolds deliberately, carefully intertwining characters…. Broomstraw Ridge places timeless human struggles and triumphs in a setting so alive the reader can nearly smell the fresh hay and feel the chill of the first snow in winter.”

Writer/producer, Jon Averill, remarks, “In Broomstraw Ridge, Betsy Reeder takes us back in time, as we live with, laugh and cry with, people who feel like they must have been the ancestors of those who still know the ways of the hills.”

Betsy Reeder, a former full-time biologist and part-time writer, welcomes the opportunity to squander retirement writing and taking care of a beloved grandchild. Speaking engagements and book signings may be arranged by contacting Canterbury House Publishing at the email address, marketing@canterburyhousepublishing.com, or the author through her website, betsyreederwriter.com.

Broomstraw Ridge, ISBN:9781945401145, is available as of November 1st nationally in bookstores and online stores. Madam’s Creek is sold nationally, as well as locally in various Appalachian shops.