WHAT IF WE MADE A DIFFERENT STORY ABOUT ‘HILLBILLIES’?

When you travel beyond the Appalachian area and people hear your accent, they quickly jump to perceptions about what kind of person you are. The stereotypical hillbilly that has poor hygiene, no education, and completely incapable of talking in proper sentences. They assume this because of the stories they have heard about the way of life of people in the states of West Virginia and Kentucky. What if we made a different story? 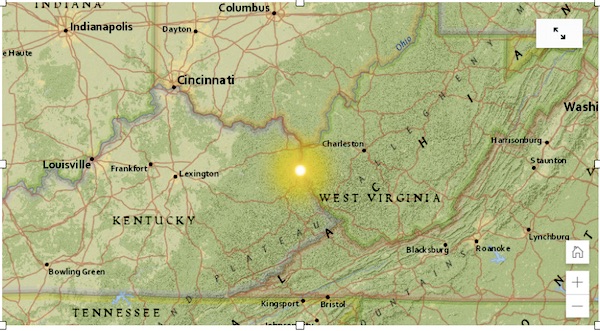 Eastern Kentucky is a beautiful part of the world. There are lots of rivers, streams, and lakes. There are beautiful parks and a lot of untouched woodland areas. There are jobs, plenty of food, and a lot of schools. Access to healthcare, books, and Wi-Fi are also present, and there is an evolving political system that is being driven by strong innovative leaders like our Mayor, Harold Slone; ARC Owner, Tim Robinson; The Table Preacher, Matt Brown; and newly elected Sheriff, Chuck Jackson.

Besides having an abundance of resources, something has to be said about the people here. They aren’t regular people; they are something different, something special. The type of special that if your child runs out of the gate at a football field, someone is going to bring them back into your arms. They are the type of people that come together when a family faces a crisis such as an illness or perhaps a fire that burned their home down. There are churches that welcome anyone that wants to walk through their doors. We have a church that does Night to Shine, a church that feeds the needy during the holidays, and a church that runs Rehoming Fancy Dresses which is a ministry aimed at cutting down cost barriers associated with teen formal events. This area is shifting to people-focused and a brand-new story is in the making.

Last month, I got to sit down with Mary Ellen and Carl Artrip, owners of Bee Happy Farm in Fort Gay, West Virginia and developed the first article in this series of Integrating Social Change. We learned that Bee Happy Farm is creating access to whole foods, educating the community about nurturing their environment, and opening up employment opportunities. They took a first step to making a large-scale impact in the community they are a part of.

This past week I got to take a trip to TNT Hidden Creek Farm, located in Lawrence County Kentucky. Owners Tim and Tina Richards, originally from a large city in California, gave me inside look at what living on whole foods entails. Tina was a school teacher for ten years, and Tim worked for a family run company for 30+ years in California. They moved to Kentucky with a dream of a better quality of life. Tina explained to me that when they lived on the West Coast, all they did was work and they wanted more out of life. Now they work together in creating a self-sustainable farm that has been built to supply them with all their needs.

Pictures show the couple’s prom picture, then their wedding, and then renewing their vows on their farm in Lawrence County, Kentucky.

They first bought their property in Lawrence County as undeveloped and broke ground just a few years ago. Since then, they have worked with the local Agriculture Agency to develop the property into a farm. Their property now includes a home, a large field that is used in part to grow a garden, access to the river, a chicken coop, and they have even developed the property to be more functional for the local wildlife. 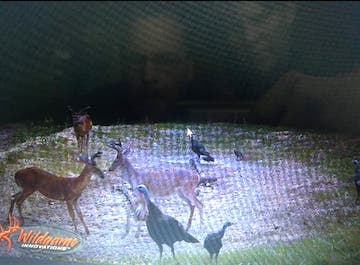 As the Richards were developing their farm, they noticed that deer were crossing the road to get to the river behind their home. This was a dangerous route for wildlife since they were often getting struck by vehicles. They decided to put in a pond on the other side of the property so the animals could have water access without crossing a busy road. Their pond now supplies an array of wildlife with safe access to a water source and many have been seen enjoying the new spot.

They also raise farm fresh eggs that they sometimes sell to community members. They built a chicken coop from a broken shack that was found on their property. The refurbished shack is 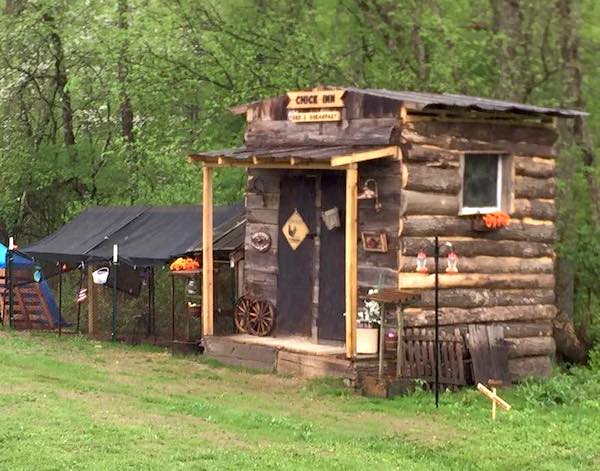 now home to dozens of chickens. Together, Tim and Tina hunt and raise 90% of their own food which is supplied primarily though their land. The fields are also used to grow hay which feeds their animals, and the rest goes to a local family that raises cows.

On the farm, there is a garden that is used to produce Tim and Tina’s farm fresh vegetables. This is the course of whole foods; these products come from farms like TNT Hidden Creek Farm. They are pesticide free and home grown. The majority of groceries found in stores 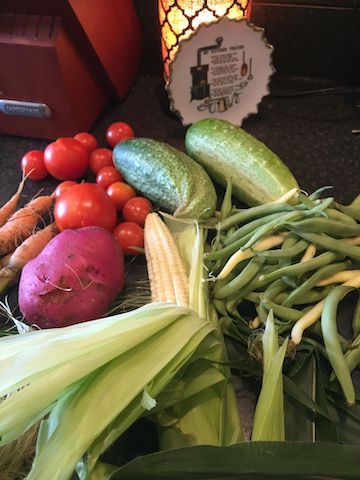 contains GMO’s. A GMO, or genetically modified organism, is a plant, animal, microorganism or other organism whose genetic makeup has been modified in a laboratory using genetic engineering or transgenic technology. In America, USDA approves Genetically Modified Crops such as corn, apples, and potatoes. Genetically modified corn turns up in many different products in the U.S. — and corn on the cob is the least of it. This crop is used to produce many different ingredients used in processed foods and drinks, including high-fructose corn syrup and corn starch. But the bulk of the GM corn grown around the world is used to feed livestock. Some is also converted into biofuels. Here are some popular insecticides that you will consume in your products purchased from grocery chains: Bacillus Anthracis which is an anthrax bacterium, Cry Toxin, Ricin, Glyphosate (herbicide Roundup), and Phosphinothricin (enzyme found in fungi). 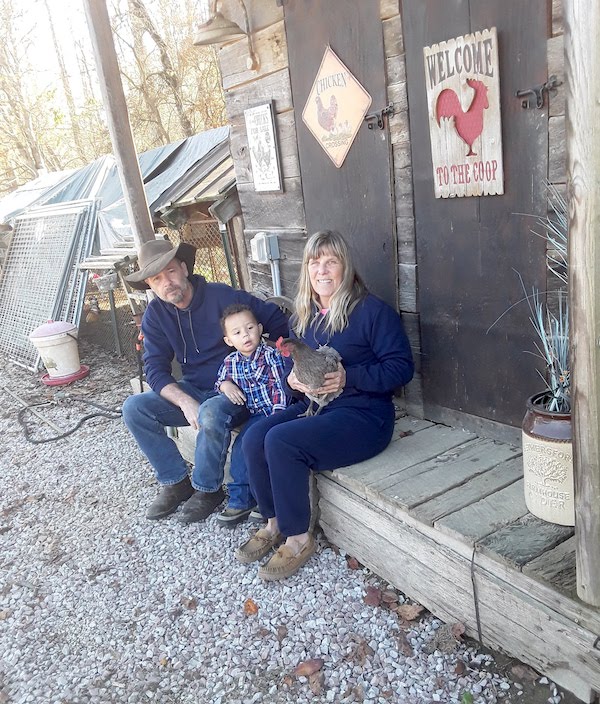 To break it down even a little further, let’s take a look at honey. Raw honey comes directly from the hive while regular honey undergoes processing before being bottled. Raw honey has nutrients that provides benefits: antibacterial, antifungal, stabilizes blood sugar, promotes digestive health, boosts immunity, lowers cholesterol, and exhibits anti-cancer activity. However, when honey goes through processing those keys benefits are lost due to heat pasteurization, which destroys the beneficial enzymes and removes antioxidant. Through processing, high fructose corn syrup is also added to improve the appearance of the product and ensure a longer shelf life. 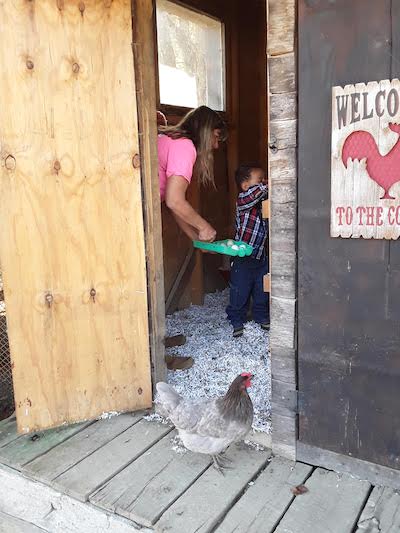 Integrating social change into a community requires education and lot of human energy, which this area has proven to have both of. Tim and Tina Richards are a first-hand look at a higher quality of life, and this life is leading the way for a new story for the Appalachian region. You can contact Hidden Creek Farm at 606-686-1031. 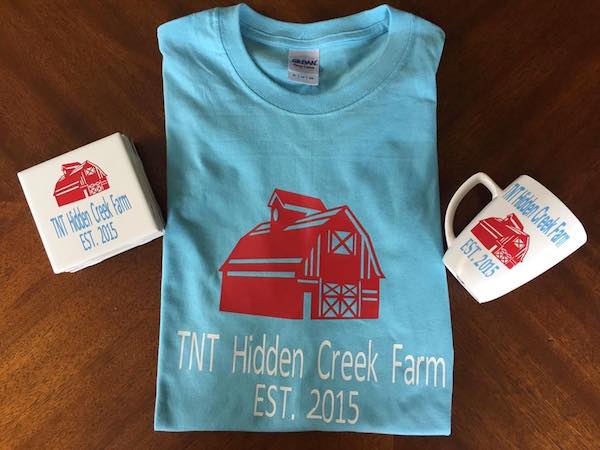