GROWING UP IN LOUISA: Marriage

Suzie and I have been busy during the days but in the evenings, after supper, we have begun what is a fairly new tradition of watching Hallmark movies. While the kids were growing up we almost never watched anything together, but we have found Hallmark films to be uplifting and full of hope. I know in the days of early television that if it was a worthwhile special it would be sponsored by the card company. There slogan in commercials was “Hallmark; When you care enough to send the Very Best!” I know when I got a card of any kind I would turn it over to see if it was a Hallmark. Several places, including Ed Land’s Sundry Store sold them.

Apparently, there are hundreds of Christmas movies but even with the high numbers, we have seen many at least once. Regardless, even if the plots are a bit similar and the dialogues predictable, something more seems to draw us in. Maybe it’s a reminder of our childhoods so long ago, or maybe it is just that they remind us that life can be good. These stories have lessons built in that are useful and that often hit home. All seem to end with love’s embrace and a kiss. My grandchildren take the colors of blue and pink associated with boy and girl and shout out ‘purple’ at that kiss. A blending of color that often leads to marriage and the promise of living happily ever after. 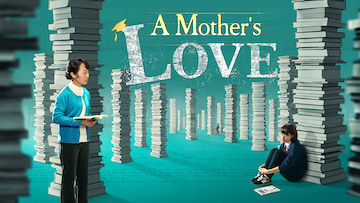 God’s second best gift to mankind, the first being the plan of salvation, is that great partnership grows daily with our spouse. While I’m sure there are those that may take exception that marriage is all that great, I remind you that anything worth having comes with struggles and sacrifices. Birth itself is a struggle, whether we consider the pangs of labor, or for us chickens, the fight to escape the eggshell. The things we would miss in life if it were not for marriage, is the true measure of its worth.

Before I get too far afield of my purpose I need to state that marriage isn’t really about weddings. It is so much more and done correctly lasts a lifetime. It is about having a true friend with which to live our lives and our dreams as they play out. With mutual effort, prayer, and a parcel of forgiveness, the couple can focus on their personal relationship with each other. The couple can figuratively weave a strong, rope-like fabric for their children that will become a model for others to see and emulate. With humility there can be a growing love that strengthens the bond. Both will have and show respect for the other’s needs, and well-being. As life continues, the choreography becomes interwoven with children, extended families, and friends. This is true riches and is far more important than money, properties, or gold.

Marriage also isn’t about the honeymoon. Relations between the married couple are, and should be, a time of sharing and giving. It is part of God’s gift. By definition, gifts are objects given by the free will of the giver. The problem is that whether the gift may be a new car, or money, clothing, or anything else, they can be and often are, misused. It is my sad experience that intimacy outside of marriage is a misuse of that gift. It cheapens life and brings sorrow to everyone. It is never worth even a small portion of that which is legitimately shared in marriage.

For a time I had accepted the model often perpetrated that marriage is old fashioned. Trust me, it is not. This lie is constantly in our faces everywhere we turn. The truth: Sex outside of marriage hurts and cheapens. It has no real, lasting value. It is empty and sooner or later has its consequences. Within marriage sex is a huge blessing. Think about it. You made your vows to a person and they have reason to trust that you will do nothing to bring them harm. What is worth the betrayal of that trust? What has a third party done to deserve your attention over that person you picked above all others?

Neither is marriage about money. Still, I have to point out that money is often the wedge that brings many marriages to their knees, or even breaks them apart. When there is income, money handling isn’t difficult, but it does require some discipline and a desire to get ahead. Couples who focus on success even when income is very little, can reasonably expect success over time. In wisdom, they will drop selfish attitudes that lead to spending away their future. Author and radio host Dave Ramsey says for us to live early years like nobody else (not charging and spending) so later you can live like nobody else (out of debt and affluent). Amazingly, the end result can happen fairly quickly.

Schools don’t teach the truth about finances, but do a fair job at teaching the mechanics of recording expenditures. We don’t teach our children about credit cards, but they’d better know. We don’t teach our children to live within their means. Often we model the opposite. So kids get college loans, car loans, run up credit card balances, and often buy on a whim. They aren’t taught the difference between an asset and liability because these are big words, or because we ourselves are clueless. The best definition is that an asset is something that generates income or grows in value; a liability is something that continues to cost. Under this definition your house is not an asset, but a rental house may be. An automobile is a liability, but necessary, as is the house. Clothing is necessary, but not an asset. So a couple that finds and buys assets may be well-off in just a few years. Others will be in debt and continue to struggle. The wealthy are wealthy because they understand this and had the discipline to hold off on spending until they were grounded and established.

The fact is that a plan, a set of goals, and some reasonable amount of discipline will make you debt-free over time. Of course, that assumes you have some manageable income. If you don’t, your focus has to be on that. I believe that couples who want success can find it in America. The first problem is to know where to get good information and then take appropriate action. There are good books out there that can help with this, and they’d make good wedding gifts.

Marriage isn’t about a concrete role. Yes, tradition puts mom in the kitchen. There’s really nothing wrong with that unless mom is really not comfortable or willing to take on that role. That means another strand of the rope will have to do the job. There’s a lot to be said for a homemaker wife. I have one and our family has been blessed so very much. She knows where and when to shop. She knows what we like to eat and what is good for us, and she knows she is appreciated. Our kids fight to find ways to come home and eat with us. They have wives that are learning the tricks and rewards of a real partnership and are doing well.

But remember, marriage is first of all a partnership. Asking our spouses to carry the whole load isn’t fair or smart. They are people, too. We all are subject to burning out or becoming ‘fed up.’  Help the love of your life, fellows. Clear the tables, take out the trash, sweep the floors, and fix the dumb broken thing-a-ma-bob. I disagree that this is sexist advice because I’m open to either partner cooking while the other grabs a screwdriver. As a team, they should play to their strengths and not be apologetic. But remember, politically correct usually isn’t.

Marriage isn’t about a ceremony. When I was very young I watched the pageantry of Queen Elizabeth’s wedding to the Duke of Edinburgh. All of the fancy carriages, uniforms and crowds was quite a sight for this backwoods kid from Kentucky. Girls all over the world modeled this as far as they could, at least in their minds. Huge sums of money are spent on wedding dresses, receptions, decorations, cakes, and limousines. That’s for a few hours of celebration. The couple is barely more than pawns once things start in motion, so this can’t be about marriage.

The first wedding I ever attended was years ago in a little Methodist church in Buchannan, KY. The beautiful bride was my cousin Idella Walters and the lucky groom was none other than the young, dashing, Rev. Frank Wallace. (Frank recently passed, I was sorry to hear.) I thought that it was a fairy tale wedding. Through this union both lived a wonderful life together. I trade email with them, but actually got to visit their church a few years ago. When I’m home for a visit I try to look in on Idella. God will bless her, I’m certain.

Well, life is too short not to enjoy the benefits of a good marriage. The fun the two of us have laughed and played through life. Yes, there have been plenty tough times, but the victories were sweet and helpful. We share the stories with others to show God’s grace. Families and friends are the things that make life worthwhile. I am so thankful for my wife, my family, and our friends who give me reason to write and remember.