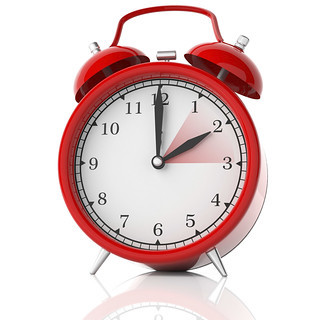 Some state legislators want to end the practice of changing clocks twice a year.

Rep. Steve Sheldon, R-Bowling Green, signed on as a co-sponsor of the bill the day after it was filed. The proposal has bipartisan support among its co-sponsors, who represent districts in both the Eastern and Central time zones.

“Studies show that adding more light at the end of the day improves everything from traffic safety to crime and the use of electricity,” Rowland said. “I think it’s time for Kentucky to join the conversation on whether or not we’re willing to do away with the antiquated practice of changing clocks.”

The letter sent to Washington legislators alludes to the Uniform Time Act of 1966 and how the passage of the state-level bill depends on that act being amended by the federal government.

“Our bill was filed in response to a significant report for this idea from our constituents who are tired of changing their clocks twice a year, and would like to see more daylight in the winter evenings,” the letter said. “Subsequently, the response from Kentuckians from across the state has been overwhelmingly positive. But now, we need help from the federal government to move forward on this issue, which has received renewed attention in light of the recent time change.”

Sheldon said several states, including Tennessee, have enacted this type of legislation, and Ohio is in the process of doing so.

“I think in a lot of ways we have shown an appetite as a country and as a state for getting to where we didn’t have to change the clocks all the time,” Sheldon said. “We would keep Daylight Saving Time year-round. That’s the best way to say it. You’d get more daylight in the winter months than what we get currently. With ‘fall back’ and ‘spring forward,’ you get less daylight right now than you normally would have in the winter. There’s a lot of movement right now for this.”

Sheldon believes a number of positives would come from the passage of this bill.

“Public safety is better, utility bills are better, there’s less criminal behavior because there’s more daylight, there’s more economic activity because you have more daylight at the end of the day,” Sheldon said. “Most constituents are for it in Warren and Butler county.”

But some educational leaders have concerns about the bill.

“Unless there was some educational improvement that would result from this, we would say leave it alone,” he said. “We appreciate the light in the mornings from October during the more difficult travel times. Drivers have light earlier in the mornings for their route.”

Others are concerned about the health effects of moving clocks back and forth, such as Denise Shouse of Glasgow.

“I have sleep apnea and insomnia, and changing back and forth causes me innumerable problems,” she said. “I have spent thousands of dollars trying to find a solution, to no avail. I prefer to stay on Central Standard Time because of these issues. I hope they will consider people like me who have these issues. We have the same amount of daylight no matter what time it is, but having to go back and forth affects many people.”

The state bill is expected to be brought before the 2020 General Assembly.