PROJECT TO MOVE FORWARD WITH $3.2 MILLION PROJECT DESPITE OVER BUDGET BID 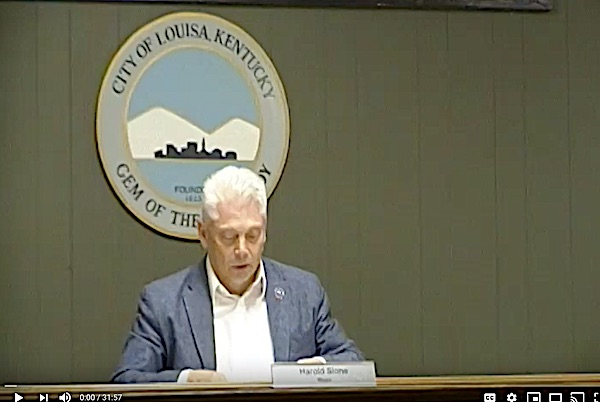 LOUISA, KY. — The long awaited and much anticipated Sewer I&I project will move forward on Dec. 6 according to Louisa mayor Harold Slone.

Slone told the council that even though the only bid on the project came in nearly $500,000 over budget, he has negotiated the contract with state officials who have recommended the city move forward and the actual cost will be lower than the bid because of savings on asphalt and the amount of gravel included in the bid.

SLONE EXPLAINED THE PROJECT WILL INCLUDE $1.7 MILLION IN STATE GRANTS. The city taxpayers and sewer customers will pay for the remainder of the projected.

The $3.2 million project will alleviate wastewater “from the lower end of the city” from going into the sewer plant causing the plant to not be able to handle the actual sewer intake. New businesses and new home building have been stalled because there is not enough capacity at the sewer plant when the wastewater is pumped into it.

Slone also announced the city will purchase three new trucks to replace three trucks that are all more than 15 years old. The city already has snow plows and other equipment to be used with the trucks.

See the entire 30 minute meeting on the video provided above.