“Much of the current system has either totally collapsed or is on the verge of collapse,” the order reads. 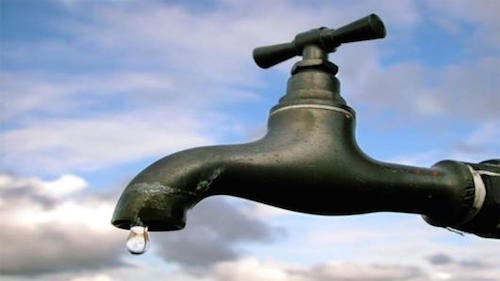 An Eastern Kentucky water district plagued by dirty water, unreliable service and financial blunders must sign a contract with an outside management company by Wednesday or face serious financial penalties, state regulators said late last week in a blistering order.

State regulators placed the blame squarely on the district’s past and current management, saying officials made “little to no effort to repair and replace aging infrastructure in order to maintain an adequate level of service to its ratepayers,” failed to keep adequate financial records, and failed to hire a permanent general manager.

“Much of the current system has either totally collapsed or is on the verge of collapse,” the order reads. “Customers complain that the water, when it is available, smells and is sometimes dirty. Customers rely on bottled water for drinking, washing dishes, and bathing. Martin District managers and commissioners historically refused to seek sources of revenue, including reasonable rate increases, to fund the periodic replacement of aged infrastructure.”

The new management company, Alliance Water Resources, Inc., could bring the reliable service that many residents have begged for with limited increase to their monthly water bills, according to the order. Under the proposed contract, Alliance will take over all day-to-day operations, including record-keeping, line maintenance and meter reading, on Jan. 1.

Customers will see their bills increase $3.16 a month when Alliance takes over. The order reduces a surcharge on monthly bills that is directed toward paying off the district’s debt, but creates a new $4.72 surcharge to pay for the management company.

If the $4.72 surcharge does not cover Alliance’s expenses, the company can draw from the debt surcharge to meet the obligation, officials said.

This structure could pay for the management company without dramatically increasing customers’ bills, though it is unclear how much money Alliance will need to run the district and repair or replace its dilapidated infrastructure. The details of the contract are not yet finalized, and cost estimates included in last week’s order were redacted.

Leading up to last week’s order, the Martin County Concerned Citizens group, which has advocated on behalf of customers during regulatory proceedings, had warned that a management company could lead to steep rate hikes that would leave many customers unable to afford their water bills.

Nearly half of all Martin County households make less than $25,000 per year, and rates have already gone up more than 40 percent since the beginning of 2018, making Martin County one of the most expensive water districts in the state.

Nina McCoy, chairwoman of the citizens group, said she is “cautiously optimistic” about last week’s order and that the Public Service Commission, the state agency that regulates most Kentucky utilities, believes Alliance can run the district without implementing new rate hikes.

Alliance is headquarted in Columbia, Missouri, and services water and wastewater systems in more than 40 localities, according to its website. The company claims to have improved services for a number of small Missouri water districts and has since expanded to neighboring states.

Jimmy Kerr, chairman of the Martin County Water District board, said Alliance President Tim Geraghty will visit Inez Tuesday to finalize the contract. Kerr said he plans to host a news conference Wednesday to announce the details to the public.

The board will continue to operate in an oversight capacity after Alliance takes over.

“We’re excited to take this next step,” Kerr said. “It’s one the district really needs as far as moving it forward.”

McCoy said the citizens group will continue to speak on behalf of customers and act as a liaison between ratepayers and Alliance.

“The board that’s there now knows the Concerned Citizens has the best for the people in our hearts,” McCoy said. “I’m hoping that this management company understands that we’re there to help them. We want the district to succeed.”

Kerr, like McCoy, said he was “cautiously optimistic,” and that Alliance will be able to make dramatic improvements to the system more quickly than the district could on its own.

Despite criticisms from sate regulators, Kerr said the district has made significant strides since it took over at the beginning of 2018.

“Bringing Alliance is not a failure by this board, it’s the next step,” he said. “We don’t take it as a failure, we know what we’ve done. We’ve poured our blood, sweat and tears into this and we’ve improved it a great deal.”

In the months that followed, the district fell into financial catastrophe, with board members warning that it was just weeks away from financial collapse. Its debt continued to spiral out of control, at one point reaching more than $1.1 million.

The order said district officials have failed to complete three years of financial audits, which are required by state law, and blamed them for not more aggressively pursuing theft of water service.

Kerr said the district has just completed its 2016 financial audit, and can now move forward with 2017 and 2018.

“They’re not wrong, we take the criticism,” Kerr said. “I’ve taken the lead on that and we’ll make sure it’s done.”

Kerr said he spoke with numerous utilities who have worked with Alliance and that all reports came back positive.

Mary Cromer, an attorney with the Appalachian Citizens’ Law Center, who represents the citizens group, said she will continue to monitor the water district and Alliance’s role, but that the company seems “absolutely reputable and up to the task to deal with small, problematic water systems.”

“We’re really hopeful that we we’ll be able to sit down with Alliance once the contract is signed and just have a discussion with them about our perspective and what the customers have been dealing with,” she said. “Our role in watchdogging the financial side of things will actually increase.”