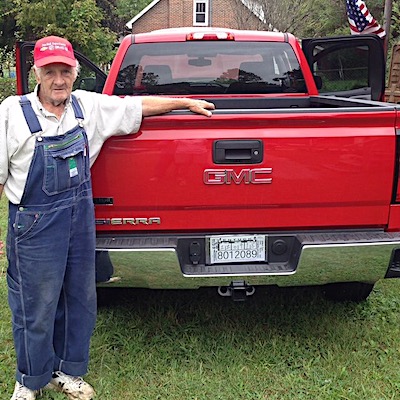 Delbert Cyrus, 89, of Fort Gay, WV passed peacefully at his home on Sunday, November 17, 2019 while surrounded by a multitude of family and friends.

Delbert was a faithful member of Oak Grove Church. As a hard worker and provider for his family, he began work for the Erie and Lackawanna Railroad at a young age. After retirement from the railroad, he began work at Inco Alloys in Burnaugh, KY. Once retired from Inco Alloys, he was employed with World Wide Equipment and The Wayne County News.

Delbert loved to travel with his family on his many trips to the mountains of Tucker County, WV. These trips are filled with many fun, loving memories because he always ensured those around him enjoyed life.

The family would like to express their gratitude to Reba, Delbert’s daughter in law and devoted caretaker, whom never left his side throughout his extended illness.

Funeral services will be conducted Wednesday, November 20, 2019 at 2:00 PM at Oak Grove Church in Fort Gay with Brother Mack Ray Cyrus officiating. Burial will follow in the Cyrus Cemetery.

Young Funeral Home has been entrusted with the care of Mr. Cyrus and his family.

Leave a Reply to Robert and Jeanie Ackerman Cancel reply