SUSPECT, ALONG WITH HIS FATHER, WERE BUSTED FOR BURGLARY IN LAWRENCE COUNTY LAST MONTH 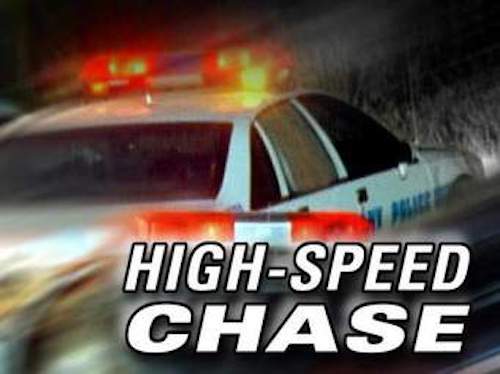 MARTIN COUNTY MAN ARRESTED ON 16 CHARGES AFTER FLEEING FROM STATE POLICE IN A VEHICLE, AND THEN ON A FOOT CHASE

SUSPECT, ALONG WITH HIS FATHER, WERE BUSTED FOR BURGLARY IN LAWRENCE COUNTY LAST MONTH; FATHER MAY HAVE ALSO BEEN PASSENGER IN VEHICLE AFTER SUCCESSFULLY FLEEING AFTER SON CRASHED VEHICLE 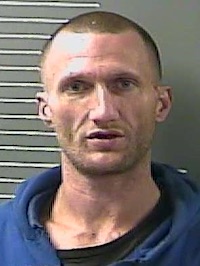 A Martin County man, who has a long criminal history in the local area, has gotten himself into his biggest no-no boo-boo yet, when he was arrested Monday after fleeing from State Troopers.

According to the Kentucky State Police, shortly after 11 P.M. on Monday,November 11, Kentucky State Police Trooper Ryan Hale, while on patrol in the southwestern Martin County area, near the Johnson County line, had observed a vehicle that was committing several traffic violations, including no seat belts usage by the operator of vehicle and improper equipment on the vehicle.

As Trooper Hale was attempting to stop the vehicle on Route KY 40, the vehicle sped up and turned onto Wooten Road where the driver lost control and ran off the road. The two occupants exited the vehicle and tried to flee. Trooper Hale chased down the operator of the vehicle, identified as 34-year-old Carl David Daniels, Jr. of Tomahawk.

Carl Daniels Jr. initially resisted Trooper Ryan Hale’s commands and a brief scuffle took place between Hale and Daniels. Other Troopers arrived on the scene, and eventually placed Carl Daniels Jr. under arrest without further incident. After a search of the vehicle, Troopers allegedly found several syringes, a pipe with residue and a small bag with crystal substance believed to be meth. Daniels also allegedly had a syringe in his coat pocket.

Carl Daniels Jr. was transported by Troopers to Highlands Appalachian Regional Hospital in Prestonsburg in Floyd County (instead of, for an unknown reason, the much closer Paul B. Hall Regional Medical Center in Paintsville), where he was medically cleared, then lodged in the Big Sandy Regional Detention Center.

Carl Daniels Jr. was charged with a total of 16 charges, which were the following:

This latest arrest of Carl David Daniels Jr. has added heavily to an already very long criminal history, as it marks his 41st arrest in the last 15 years (since August 28, 2002), on a total of just over 100 felony and misdemeanor charges, and motor traffic infractions in the local Ky. area. Carl Daniels Jr. has also done a brief stint in state prison beginning in the 2017 to 2018 time frame.

A brief review of Carl Daniels Jr. criminal record shows that most of his arrests occur while he is intoxicated on alcohol and/or drugs.

Kentucky State Police troopers say they have not located the passenger in the vehicle, but the officers reported Carl Daniels Jr. admitted to them that person who fled successfully away from capture was his father Carl David Daniels Sr. 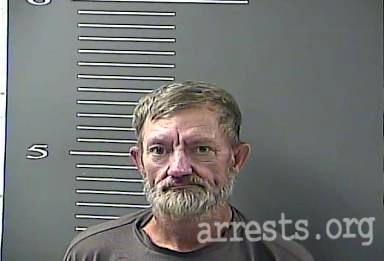 LIKE CRIMINAL FATHER – LIKE CRIMINAL SON: CARL D. DANIELS SR. –  WHOSE OWN SON RATTED TO THE KSP THAT HIS FATHER WAS WITH HIM & FLED FROM THE PASSENGER SIDE OF THE VEHICLE JR. CRASHED & GOT AWAY ON FOOT SCOTT FREE-FOR NOW.

Carl D. Daniels Sr. 56, also of Tomahawk has his own decent sized criminal record; while not as many as his son, but he has had a lot of more serious criminal charges that those of his son; totaling 12 arrests in the last just under 17 years (since December 30, 2002); on least 27 criminal charges in the local Ky. area, and likely has an even longer crime history on paper record files going back all the way to the 1980s, And like his son, Daniels Sr. has also served a brief stint in state prison in the 2010-2011 time frame.

Both of the Daniels were arrested last month  in the Blaine area by the Lawrence CountyConstable Dist. 3 Daniel Castle on burglary and other charges.

Further information on this ongoing case from local law enforcement officials will be released as it becomes available.