Tolsia Cheerleaders headed back to the State Tournament 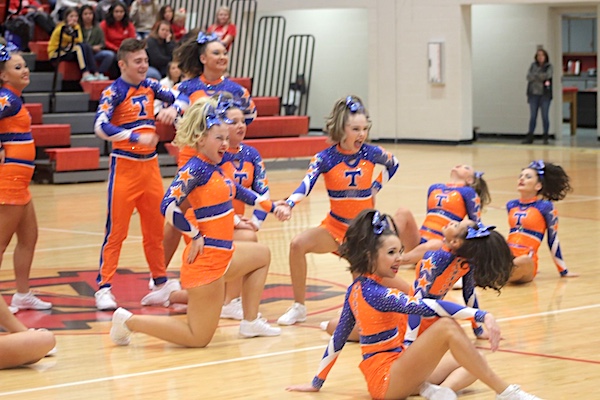 Ona, W. Va. — It was far from perfect for the Tolsia Cheerleading squad but the Rebels are headed back to the State Tournament after a Runner Up finish in the Class A Region IV Cheerleading Competition Saturday at Cabell Midland High School.

Rival Tug Valley who is the defending State Champion performed 6th right before the Rebels were crowned Region champion after a very good routine.

Tolsia was perfect during the technical cheer portion but fell during the floor routine which put the Rebel faithful on pins and needles waiting for the results.

Both Squads will advance to Marshall University on Saturday December 14th for the State Competition at the Cam Henderson Center along with six other schools.

Region I Runner Up Wheeling Central