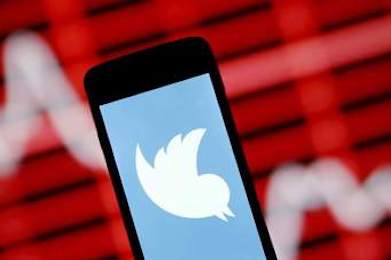 As the final votes trickled in during last week’s Kentucky gubernatorial election, a network of automated Twitter accounts suddenly sprang into action.

Gideon Blocq, the founder and CEO of VineSight, told The Courier Journal his company witnessed thousands of accounts with “bot-like” automated behavior spreading misinformation about the race, including a screenshot of a tweet by one account claiming to have destroyed ballots with votes for incumbent Republican Gov. Matt Bevin.

“Immediately at the end of the counting of the votes, these stories started popping up in parallel, all about the election being rigged,” Block said.

One of the tweets spreading the furthest came from user @Overlordkraken1, which tweeted at 8:39 p.m. he had “just shredded a box of Republican mail in ballots,” adding “Bye bye Bevin.” The tweet listed the user’s location as Louisville, though it misspelled the word.

Bevin would end up losing to Democratic Andy Beshear by 5,189 votes, though the governor told supporters at 10 p.m. Tuesday that he would not concede the race, sighting unspecified voting “irregularities.”

The next day, Bevin requested an official recanvass of the vote, alleging widespread fraud and “thousands of absentee ballots that were illegally counted.” In a Courier Journal fact check of Bevin’s claims, local elections officials refer to the allegations as “ridiculous” and “flatly not true.”

The governor has not provided any proof for such claims, and spokespersons for his office and campaign have not responded to questions asking if this tweet plays into Bevin’s allegations.

After being retweeted at least 91 times, the account was suspended — though Blocq said a screenshot of the tweet was then posted Tuesday night and “we saw huge bot networks just pushing it around.”

While the suspended account was likely a real person just “trolling” with the shredding tweet, Blocq said “thousands” of bot accounts spread the screenshot in parallel with other tweets alleging that the election was rigged, showing “this is not a small operation… it is not just one person doing this.”

By early Wednesday, someone created a meme suggesting thousands of votes for Bevin were not counted because every other Republican candidate on the ballot did so well. That also spread rapidly among social media. For example, one Twitter account with more than 117,000 followers tweeted the meme along with the word “rigged!” which was retweeted more than 1,000 times over the next day, mostly by bot accounts.

Blocq said by Thursday evening, a simple search for the Kentucky election on Twitter would turn up tweets including the screenshot, meme and other claims about the election being rigged in its top results.

While the influence of Kremlin-backed groups to spread misinformation in the 2016 presidential campaign is well documented, Blocq said he could not determine the origin of the bot network pushing tweets about the Kentucky race, as he can only see publicly-available data. However, he said that those working at Twitter would have more answers about the location of the bots.

Twitter told The New York Times this weekend that the spread of misinformation regarding the Kentucky race for governor largely appeared to originate in the United States.

The Department of Homeland Security tracks foreign interference in U.S. elections that exploits divisions through the spread of misinformation on social networks.

Bevin’s requested recanvass will take place on Thursday, with voting officials in each county checking to make sure they transmitted the correct numbers to the secretary of state.

Republican state legislators have expressed skepticism that the recanvass will significantly change the official vote totals and warned against Bevin creating a “fishing expedition” by contesting the election in the legislature if that is the case.

Some legislators have also urged the governor to present evidence of fraud or voting irregularities to the public if he has any, saying making such claims without any proof undermines faith in the democratic system.

“Any attempt by Gov. Bevin to undermine these results in the legislature is wrong and should be viewed as a direct attack on the democratic process.” state Sen. Morgan McGarcy, D-Louisville, said. “Once the recanvass is complete, the General Assembly must accept the outcome of this election and help Gov.-elect Beshear prepare for the 2020 budget.

Schools closed across region due to snowfall