GROWING UP IN LOUISA: Wake Up! It’s Veterans Day 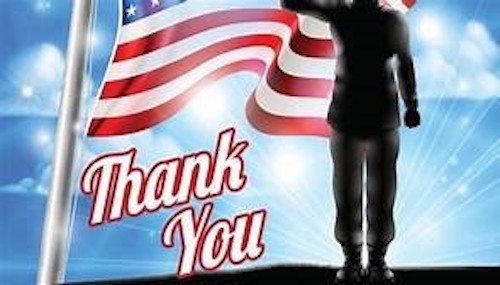 Thinking back, I’m pretty much of the opinion that mankind is constantly faced with war. Nearly every generation has had their opportunity to renew our obligation to protect the rights of our children to live as well, or even better than us. Even while we fight for maintaining our freedoms there is an internal struggle to limit the rights of others. While we defend ‘Freedom of Speech’ we brand many when they speak up for what they believe. It becomes a shouting match as those who would stand out are criticized as hate mongrels. Others, fully knowing some subjects will cause distress to others do all they can to loudly claim their freedom by shouting obscenities, sometimes even in front of children. Others would lay rules upon us to restrict free thought but the end of that is a people who dare not object to the objectionable. Young men and women, the flower of our nation, are dying in a war of bullets and ideology while people at home grow to hate the Bill of Rights, the very thing that gives them right to differ. It is a time for this nation to consider healing itself from the ever increasing division between the right and left.

The American Revolutionary War was fought that ‘freedom would prevail’ and its citizens would be in charge of the nation. The concept was that government rules only with the blessing of the people and the several states. The outcome was a constitution that includes the ‘Bill of Rights.’ Today there are those who think our forefathers went too far. 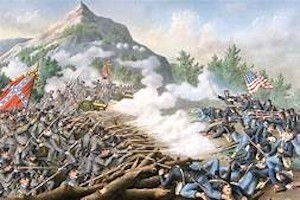 The Civil War was fought to set right a wrong and free a people subjected to slavery and abuse of the very freedoms this ‘free nation’ was created to provide. At the same time there was the question of ‘state’s rights.’ Were we to be a federalist government with strong central control, or were the state’s rights to differ to be abridged?  Was there a right to be wrong? Clearly, there are yet arguments on this question. Once a state joined the union do they lose their autonomy forever? Is there such a thing as ‘state’s rights?’ Whatever the soldier’s beliefs, people on both sides stood up and did their perceived duty. Corpses were piled high like cordwood because it deemed proper to fight for ‘your side.’ Brothers against brothers, friends against friends, too many died.

Thanks to a high school friend I was provided some pictures of some Lawrence County Civil War Veterans of the 14th Regiment Kentucky Volunteer Infantry. A union regiment, they formed at Camp Wallace near Louisa, KY, and served with others in battles throughout the war. They are listed as fighting at the battle of Salyersville, in the famed Atlanta Campaign under Sherman, the battle of Kennesaw Mountain, Kolb’s Farm, and the battle of Jonesboro. They lost 201 men in the war including 5 officers and 49 enlisted in action. The rest died of disease, always a significant killer in war. I hope to write about this unit in the near future as I do more research, but we should remember that was just one war.

During my toddler years America fought a war against an evil that demonstrated the idea of total rule is totally bad. Adolf Hitler sent many men, women, and children to death camps, or abused them in the streets. Good people turned a blind eye and ignored the actions of a treacherous and privileged few. The Axis enslaved millions, killed millions, and reminded us of that earlier war fought to free a people. The men and women who fought to turn that crime around are called the ‘Greatest Generation.’ They fought for you and me. We own them our thanks.

There have been many wars since, all to overcome dictators and regimes of terror. We see to one degree or another wars in the streets throughout the world over religions that wishes to curtail the freedom of people to worship as they please, to fight back, to carry arms, and to resist being controlled by another set of tyrants. Even in Washington we see elected officials that are ready to stomp out the beliefs of millions and impose their will on the masses. There is a great chasm between the conservative and the liberal parties and the gap is widening. Worse, the parties are louder, threatening, and ready to call out those who oppose them. The very people that elected them are pushed aside by officials with an attitude they know best. The ingredients for another war are already at hand.

Understand this. When the Bill of Rights is tossed aside, either by redefining its intent, or by the judgment of a single branch of government imposing its thinking, the substance of the United States will be lost. The world will rue the day this nation turns it back on good and takes away the rights of its people. 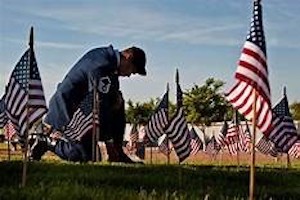 Ghosts of men and women march in cadence in our minds stirring not fear, but pride. These pale images are of young soldiers in the flower of their youth who died for the principals we once held so dear. They took our pain, they suffered the hurt, and the separation from their loved ones so another generation might live. If we listen we can hear the drums of war, the swish of bullets and the explosion of ordinance. They stood tall for us. Can we do less for our own?

My mom had a scrapbook during the early forties that displayed newspaper headlines telling of sailors and merchant marines from Kentucky, some which she knew, who were on ships that were sunk and lost in the Atlantic or Pacific theaters. As a teenager she was shocked when a friend was killed in action. She gave me a feeling of pride in our great nation and the strong character of our youth. 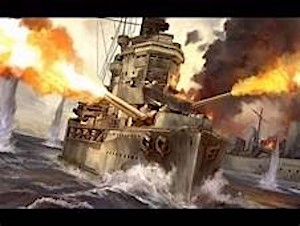 Amazingly it has already been over twenty years since we sent young men and women to fight in Desert Shield and Desert Storm. I’ve known field commanders who served in battles knowing they had sent young men and women into harm’s way, too often to die. Finally retiring, one of those officers told me a little of the nightmares and the emotional stress he carries to this day. He did it for us.

Still we fought and are fighting against terrorism and radical people who want nothing more but to hurt the U.S.A. Freedom itself is seen as the enemy. Whether with a roadside bomb, a crash into office buildings, or a snipers bullet, happy lives are being snuffed out. As depressing as this is, we must stand together and not be intimidated. We must stop the partisan fighting among ourselves even in the hallowed halls of our government, and have faith that this grand experiment in democracy is worth fighting for. We should know that the life we have is the best we can hope for on this planet. We have that because somebody’s husband, wife, son, daughter, or best friend stood in the gap for us and paid the horrific price. Whether in Korea, Viet Nam, the Middle East, or any of the wars of the past, those men and women should be honored. Fly your flag and put up your bunting and when you see a veteran, give him a salute, shake his hand, and thank him. While you’re at it, remember those who sleep.