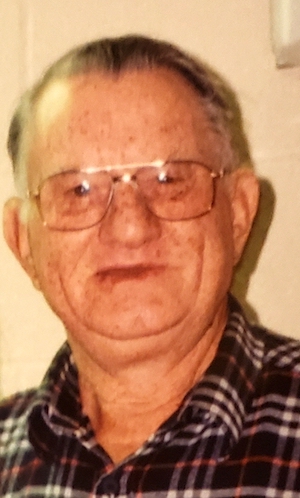 Wayne Emerson Perkins, 90, of Webbville, KY went home to be with the Lord on Monday, November 4, 2019 at his eldest daughter’s home in Raceland, KY.

He was born August 23, 1929 in Dry Fork, KY, to the late John and Flora Berry Perkins. Wayne was a retired heavy equipment operator for Shaker Coal and Riffe Brothers Construction. He loved working on his farm, fishing, WWE Wrestling and spending time with his wife, children, grandchildren and family.

In addition to his parents, he was preceded in death by his beloved wife of 61 years Louella Cooksey Perkins, as well as five sisters and four brothers.

Funeral services will be conducted Thursday, November 7, 2019 at 1:00 PM at the Young Funeral Home Chapel with Pastor David Boggs officiating. Burial will follow in the Perkins Family Cemetery in Webbville.

Friends may visit the family on Thursday, November 7, 2019 from 11:00 AM until time of service at the Young Funeral Home Chapel.

Young Funeral Home has been entrusted with the care of Mr. Perkins and his family.