BEVIN WINS LAWRENCE COUNTY BY 1,000 OVER BESHEAR, BUT LOSES STATEWIDE

Those of us who watched the votes come in precinct by precinct at County Clerk Chris Jobe’s office last night were somewhat surprised as the vote totals for Gov. Matt Bevin grew larger with each precinct reporting. It seemed like the victory was in Bevin’s hands until we went home and saw statewide results which had Democrat challenger Andy Beshear holding on to a scant 2% lead thanks mostly to the heavy vote he received in Kentucky’s ‘Golden Triangle’ of Lexington, Louisville and northern Kentucky.

Bevin, who relied on the support of popular (in Ky.) President Donald Trump who filled Rupp Arena the night before with screaming Bevin supporters, has not conceded the race as of this morning but with just over a 5,000 vote margin the proof is in the pudding and there is little chance a recount would change the outcome.

Lawrence County voters, many swayed by Trump and their distain for the national Democrat party stayed with the GOP and voted nearly 2-1 for Bevin. (See results below). Lawrence County voters cast just over 4,000 votes out of more than 12,000 registered according to County Clerk Chris Jobe.

Other down ticket candidates on the Republican ticket fared much better as the GOP took every race except the Governor which means Beshear will be the only Democrat in statewide elected office and faces a state legislature which is more than 2-1 Republican when he takes over in January.

Beshear issued a statement this morning thanking Kentucky voters for the narrow win.

“Thank you, Kentucky! This was a HUGE win for our teachers, first responders, social workers and every family whose bills keep going up while wages stay the same.

I will be a governor who listens more than I talk and solves more problems than I create.

I ran on kitchen table issues: pensions, health care, public education and creating good-paying jobs. That is how I will govern.

Thank you again to everyone who contributed, knocked on doors, made phone calls, and sent texts. This is your victory.

We are going to treat everyone with dignity and respect. And the doors to your state capitol will always be open.”

Thanks for everything,
Andy Beshear 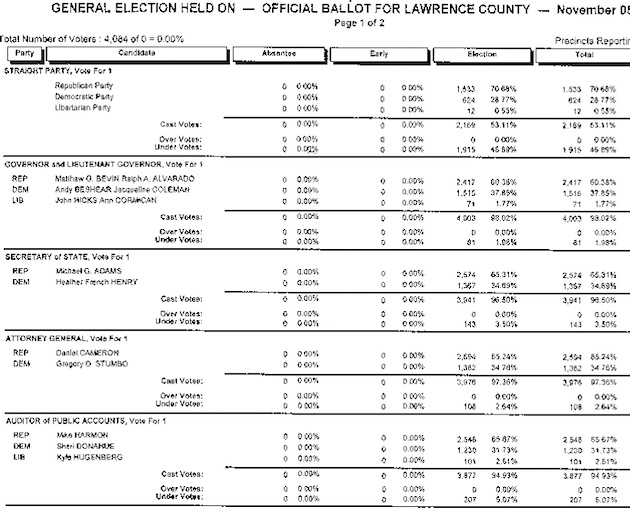 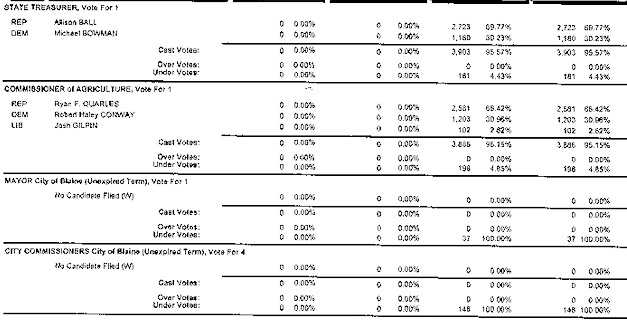