MISTRIAL DECLARED IN FEDERAL CASE INVOLVING PIKE COUNTY, KY. DOCTOR AND HIS ASSISTANT, IN CONNECTION WITH THEIR PART OF THE LARGEST OPOID STING BUST IN THE U.S. 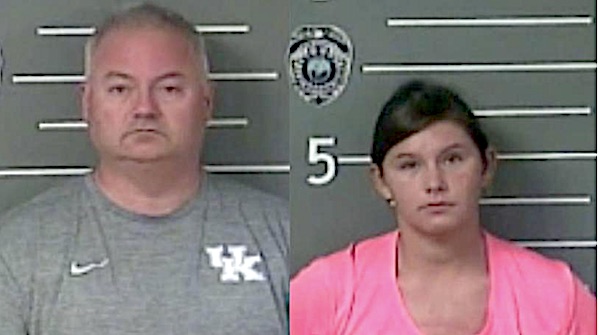 A federal jury in Pikeville has declared a mistrial in the federal case of a Pike County Doctor, Scotty Akers, and his assistant Serissa Stamper, that began on October 18.

Dr. Akers, 48, of Pikeville, and Ms. Stamper, age & address unknown, were arrested earlier this year in what was called the nation’s largest opioid sting.

Prosecutors say the pair allegedly exchanged opioid prescriptions for cash from people on Facebook. Department of Justice announced the bust, which happened this past mid-April, that the Appalachian Regional Prescription Opioid Strike Force charged 60 people in a massive takedown.

The charges involved more than 350,000 prescriptions for controlled substances and more than 32 million pills, the equivalent of a dose of opioids for “every man, woman and child,” across Ohio, Kentucky, Tennessee, Alabama and West Virginia, said Assistant Attorney General Brian Benczkowski.

The 60 people charged include 31 doctors, seven pharmacists, eight nurse practitioners and seven other licensed medical professionals. They are charged for allegedly participating in illegal prescription and distribution of opioids and other dangerous narcotics and for health care fraud schemes.

A status conference about Dr. Akers and Serissa Stampers case is now scheduled for November 22. 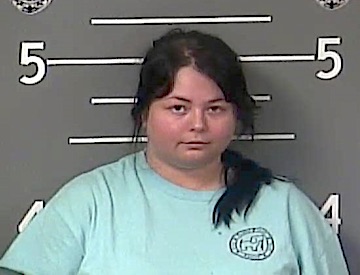 A Magoffin County woman, who pleaded guilty back in June to a charge related to the diluting of medicine while she was working as a nurse, has been sentenced to serve 24 months in federal prison.
Kelsie Spencer, 25, of Salyersville, was indicted in United States District Court in Pikeville on April 25, accused of tampering with butorphanol tartrate, a narcotic pain reliever also known as Stadol.
Spencer allegedly diluted the narcotic with saline. Back in June, as part of a plea agreement, Kelsie Spencer admitted to tampering with a consumer product in November 2018 while working at the Paul B. Hall Regional Medical Center in Paintsville, having removed vials of butorphanol tartrate (Stadol), a Schedule IV controlled substance, from the drug supply area of the hospital for her own personal use. Spencer reportedly used a syringe to inject a saline solution back into these vials in an effort to conceal this criminal activity.
In her plea agreement, Kelsie Spencer acknowledged that she acted with reckless disregard for the risk that another person would be placed in danger of death or bodily injury, if health care personnel had attempted to utilize these altered drugs on a patient that needed them.
Kelsie Spencer will serve 85 percent of her prison sentence and after her release, Spencer will be under the supervision of the U.S. Probation Office for a mandatory three years.

PIKE COUNTY MAN ARRESTED BY FBI THURSDAY ON INDICTMENT OF FEDERAL DRUG CHARGES, FACES UP TO 30 YEARS IN FEDERAL PRISON

BAD GRANDPA: JIMMY LEE MOORE, WHO IS FACING MAJOR FEDERAL DRUG CHARGES STEMMING FROM HIS RECENT INDICTMENT.
A Pike County man got an ultimate trick of the bad kind when he was arrested Halloween Thursday morning by agents with the Federal Bureau of Investigation, after a federal grand jury indicted him on drug charges.
From September 2016 through May 2017, Jimmy Lee Moore, 68, of Elkhorn City, is accused of distributing pills including Oxycodone and Hydrocodone.
If convicted, Lee could spend the next 30 years in prison, as well as being smacked with a huge monetary fine. 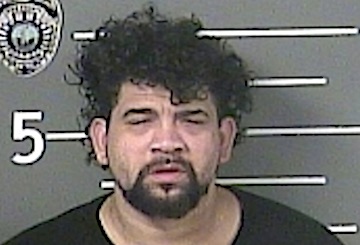 THE MAN WITH THE BROWN POWDER BAG HID UP IN HIS BUTT: DRUG SUPECT CURTIS LEE HIGHT

According to the Kentucky State Police-Post 9, in Pikeville, a Pike County man was recently arrested after the execution of a search warrant led to the discovery of drugs.

Post 9 Troopers assisted Kentucky State Police DESI East and the FBI in the execution of a search warrant at the residence of Curtis Lee Hight, 37 of Belfry.

Currtis Hight was arrested and transported to the Pike Co Detention Center, but during the booking process, officers at the Detention Center were conducting a strip search and discovered a plastic bag inside Hight’s buttocks.

The bag was retrieved and was found to contain a brown powdery substance believed to be heroin.

Hight was then transported to the Pikeville Medical Center for an X-ray, but no other foreign objects were found inside his body.

Hight was returned to the Pike Co Detention Center and was charged with promoting contraband 1st degree and possession of controlled substance, heroin.